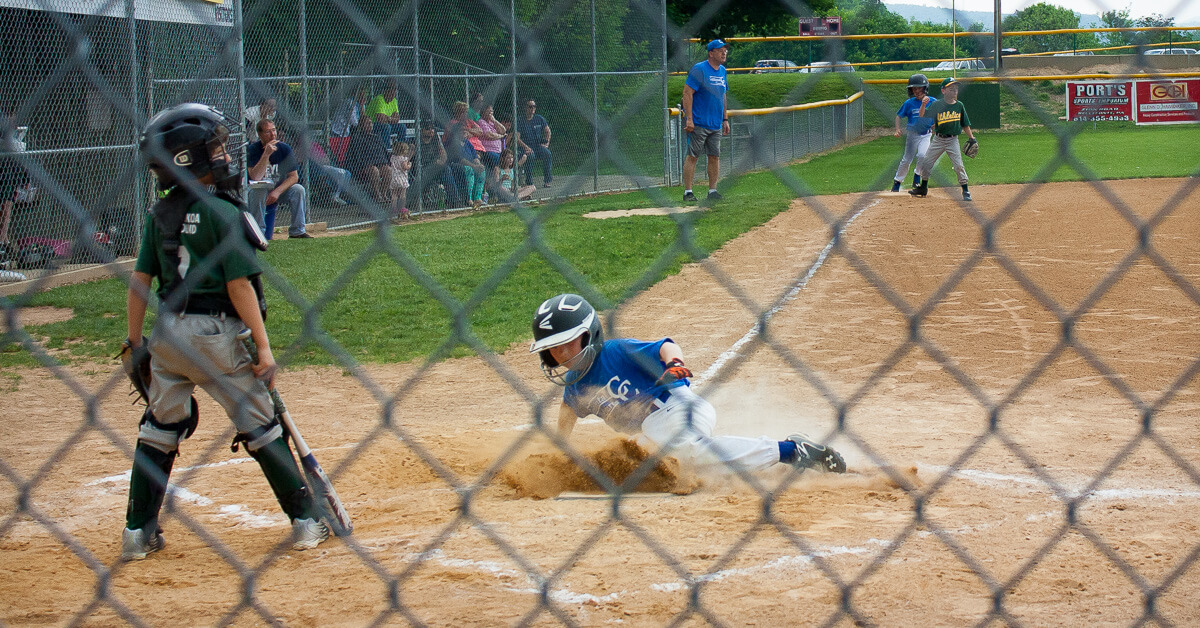 The Little League Series: Some Teams Are All Heart

I pulled over to check the map for a second time. A few cars whizzed by, fifteen feet away at seventy miles an hour, and I ignored the rocking motion of my own truck as the minor wave of flexing blacktop passed underneath my tires.

Where’s the ball field? I scanned to the bottom of the map, then turned it over at the fold, picking up and following the meandering blue line southwest with my finger until it ran into two parallel grey bars. There’s the bridge — one mile further and at the second right.

I reentered the rushing traffic and barely got the engine up to speed before slowing again. Then I turned right, down a dirt road marked by a faded green sign — a small rectangle with the white outline of a diamond and the abbreviation “LL2.”

To the left of the backstop and next to the Home dugout, I put the truck in reverse and backed up until I felt my tires bump against a prone telephone pole that marks the edge of a small parking area. I cut the engine.

The field and the lot were empty in the morning sun, and I noticed the silence. With the distant sound of highway traffic as a backdrop, I heard my own footsteps grinding over small gravel as I gathered my fishing gear.

I was here to fish a river that runs parallel to the left field foul line. And as I walked to the water, I stared through the galvanized fence onto the empty grass, hearing the sounds of a ball game and feeling again the joy of kids playing baseball. Big emotions. Just over a year ago, I watched a group of kids in matching t-shirts and ball caps marvelously and unpredictably come together as a baseball team.

I’m into my fourth season of coaching Little League baseball now, and while my youngest son will soon finish his final season in the Coach Pitch division, I’ll always have a soft spot for kids this age. These young boys and girls are six to eight years old and learning to be hitters, with their own coaches serving up meatballs across home plate.

They are sophisticated goofballs with only minor control over their emotions, with conditional attention spans that are sometimes ripped away by the slightest and silliest things imaginable. They’re kids.

And for many of these little people, baseball is a first chance to learn the life lessons that build strong adults: that true success is earned through hard work, that passion exceeds wishful thinking, and that teamwork is a constant compromise.

At the Little League age, heart is everything. And I’ve seen teams with half the talent take down bigger teams with twice the power through sheer will and desire — they just wanted it bad enough. Determination is contagious. Belief is addictive. And when teammates buy into one another, they don’t easily let go of that belief.

My favorite teams are the ones who’ve struggled, who’ve lost and been challenged, who’ve been pushed hard and shown that their own effort wasn’t yet good enough.

And there are moments in a good baseball season when everything comes together. You see it in the young players’ eyes. They see it in each other’s eyes, in their teammates whom they’ve grown to trust. And in the course of a six-inning Little League game, a team bond is finally formed —  because they’ve come to believe in each other. Leaders emerge who convince their struggling friends that they can do it. Then they take the field and play ball together. 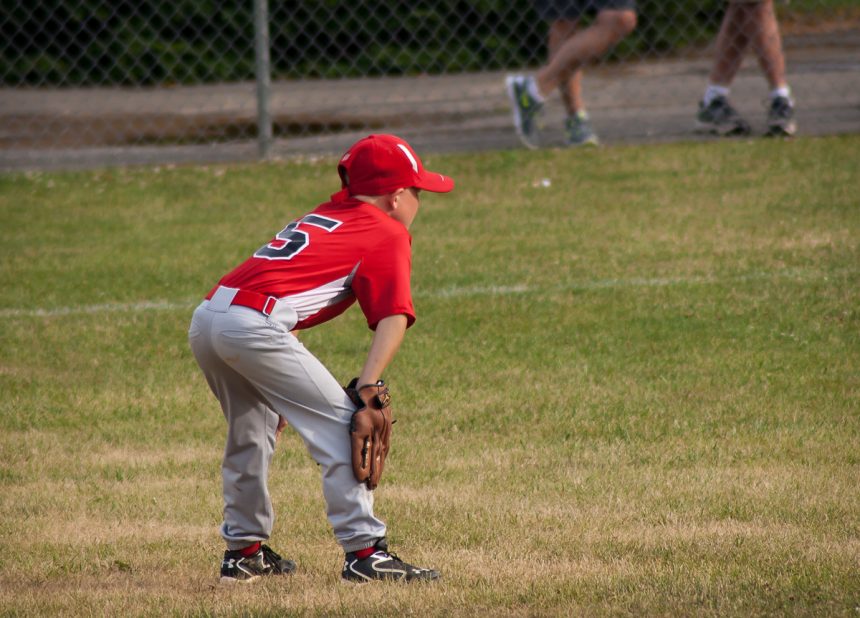 I’ve been lucky enough to see this in the majority of young teams that I’ve been part of. And inevitably, it’s competition that brings big hearts to the surface. When tournament season kicks in, it lights up a new atmosphere. Suddenly, the message that winning isn’t everything changes to, “Winning is a lot more fun than losing, so let’s go get one.” Tough competition provides a renewed incentive to play the game.

To my eyes, focus is the basic fundamental of baseball. Sure, throwing, catching and hitting the rock are the building blocks of every good ball player. But all of it means nothing without built-in concentration.

And that challenge to focus is twofold:

A right fielder may wait the whole game to make one play, but when his moment arrives, it’s his focus, pitch after pitch, that has him ready to make the play.

Likewise, a shortstop charging an infield ground ball must feel the position of the base runner behind him who’s speeding from second to third. Is it worth the chance to make a full turn, to pivot and throw to third base and pick off the lead runner? How fast is that runner? How critical is the out? Who’s up next? And can the shortstop trust his third baseman to be there for the catch and tag? It’s all calculated before the ball hits his glove.

That’s why I love these ball fields. It’s why I watch kids play the game — for all the moving parts, the little legs and half-tied shoes moving in concert when the ball is hit. I love the way the game is too big for most of them, and how they rely on ingrained instinct to make their decisions.

And considering these young minds, full of a hundred other distractions, I marvel at how many kids really do see and feel the game around them, how aware they are of all the moving parts and all the calculations.

Some kids are natural. Some kids become leaders. Some kids are born to be clutch hitters. But on the best teams, on my favorite teams, every kid grows a big heart.

I stopped at the foul pole and looked back, scanning over the grass and past the dark, wet dirt into the Visitors dugout. I paused to savor the memory of emotion on that wooden bench, and how I watched twelve kids come together as ball players, how they grew a strength inside that will last their whole lives. And I remembered a moment, a day and a team that will not fade.

Finally, I turned toward the river. I moved another fifty yards through alternating hemlock branches and underbrush. Then I walked into the water and cast a line. 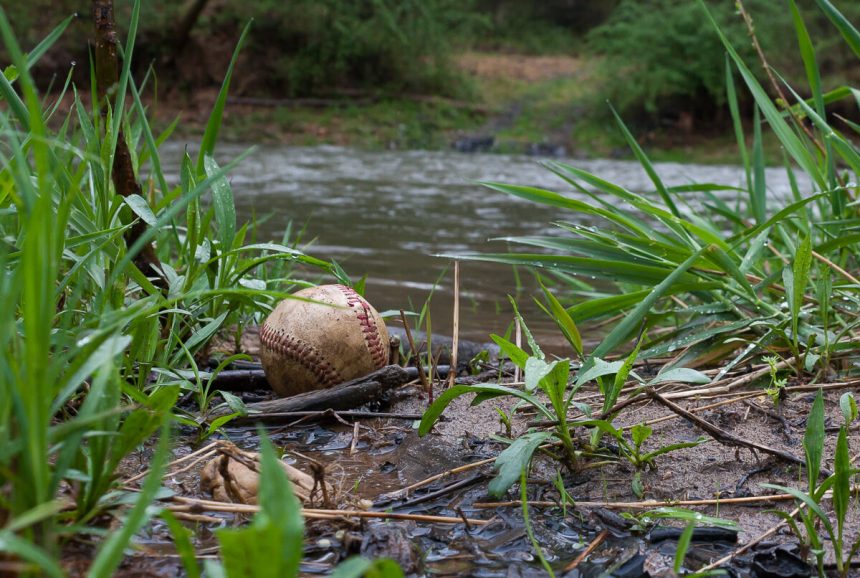