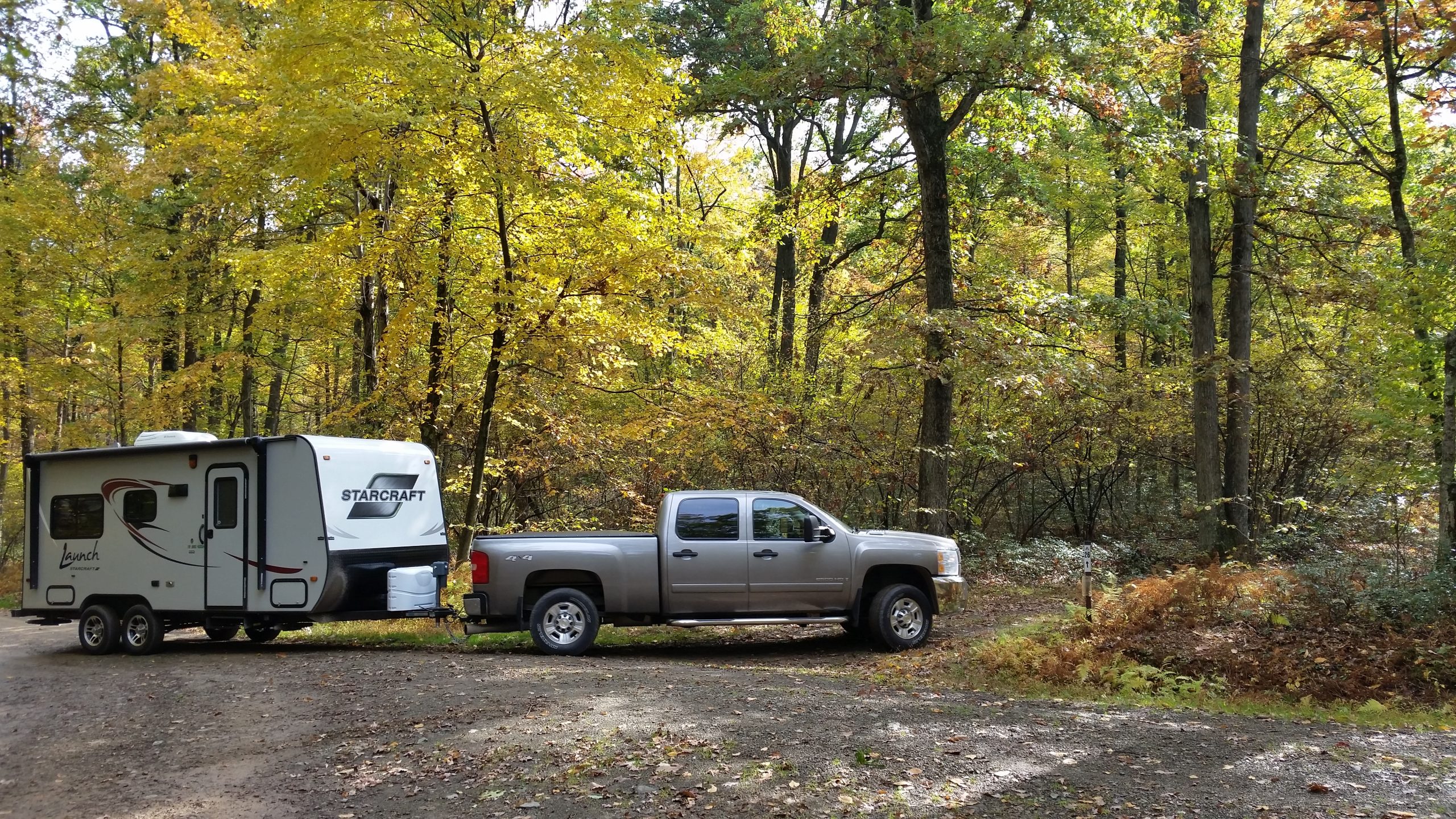 My Dad got a new camper and he set up two fall trips, this being the first one.  So, my uncle joined him for the whole trip and I joined them on Monday and Tuesday.

We fished the first upper island on Monday and the fishing was ok. I played guide a little bit and tried to share a few prime spots. I showed my uncle  a favorite run and he whacked this fish on the second drift with an indi rig. Nice. 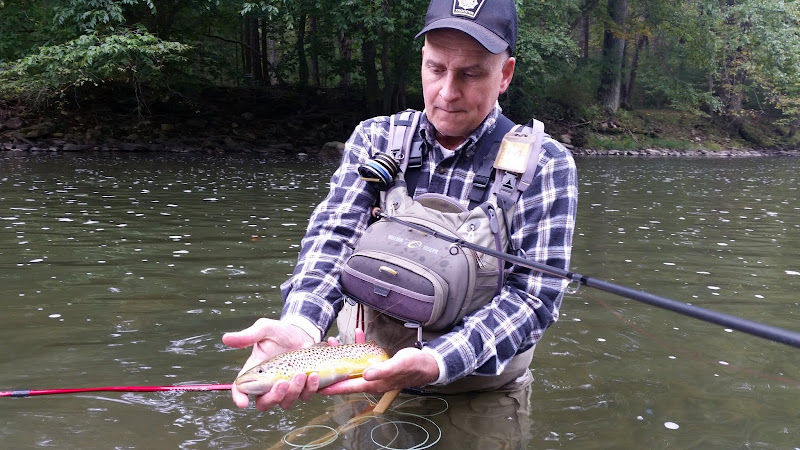 The night before, my uncle landed a fine 19″ brown from the bend on the rt side of the island and then lost another that he felt was bigger. He is a very good judge of size. They were both excited to go back to that island and try for BIG JAKE as my uncle calls him. That didn’t happen but we enjoyed ourselves. 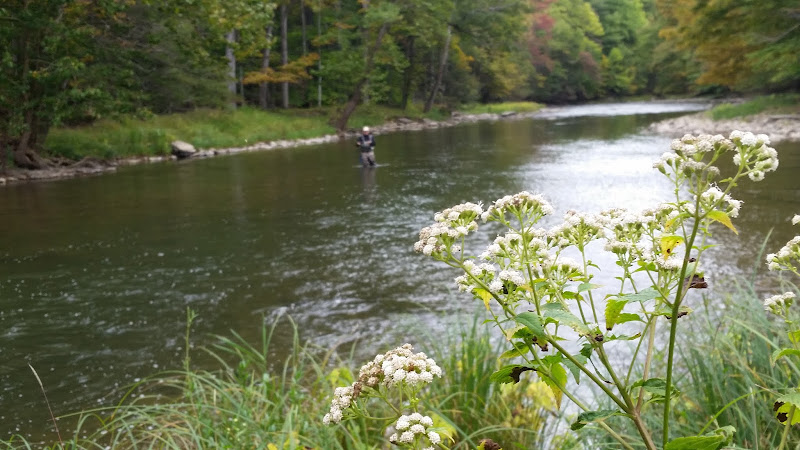 This trip, for me, was much more about being together with family than fishing. They weren’t all about getting up at dawn and pounding the creek all day, and in years past, that would have put a cramp in my style, but I’ve learned to roll with it and appreciate the better things.  THIS  is one of the better things. 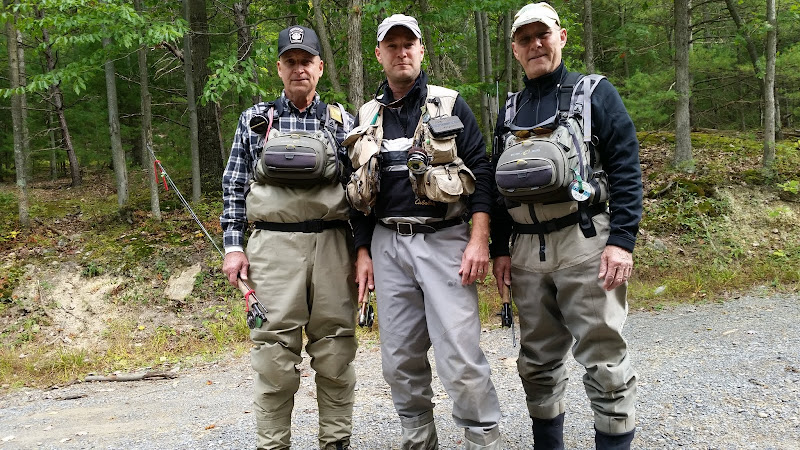 Later in the day we finished  at the lower access.  That’s where I had my best fishing of the trip, and I really think it’s because no one else probably fished it ahead of me. I cycled through some flies and then landed on the GW with an RS2 trailer combo. I went with the RS2 because there were some size 20 BWOs coming off. Yeah, they might have taken a hundred other small patterns. I get a kick out of catching fish on the RS2 because there is NOTHING fancy on that #20 hook. It’s about as natural as can be and I will never understand how fish find such small offerings. 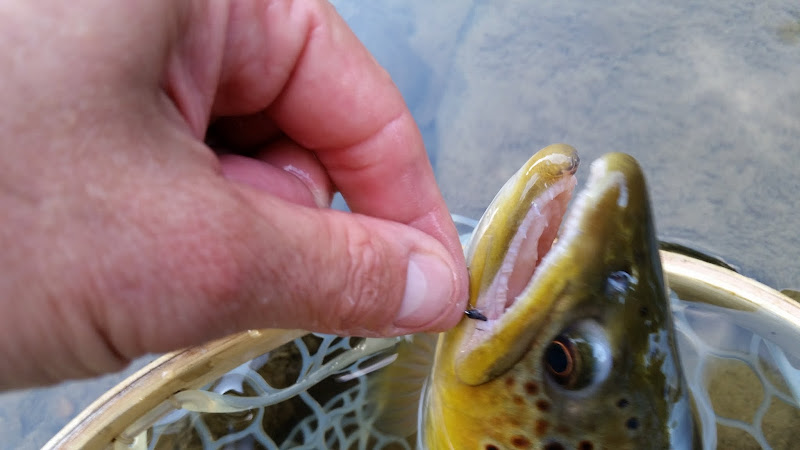 I caught a good many fish that evening but was surprised how many were stocked browns. They looked wild but were easily identified as stocked usually by their fins. This one was stocked. 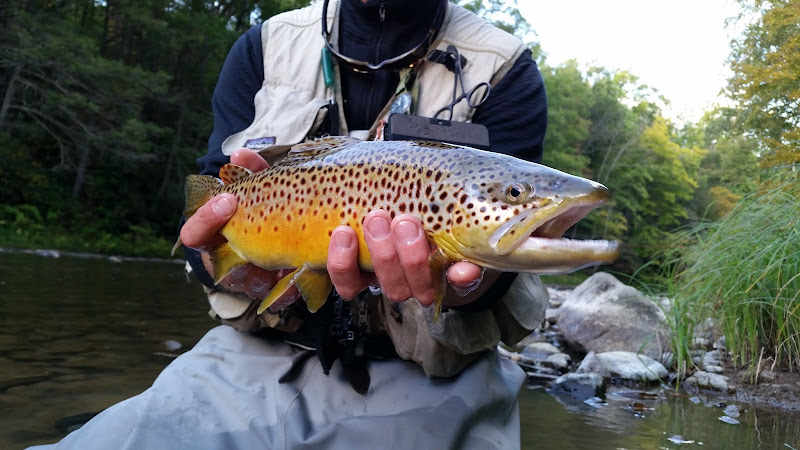 I have a problem with stocking browns on top of wild browns.  Not right. Stock rainbows.

This one SEEMED wild and was probably my best fish of the trip. 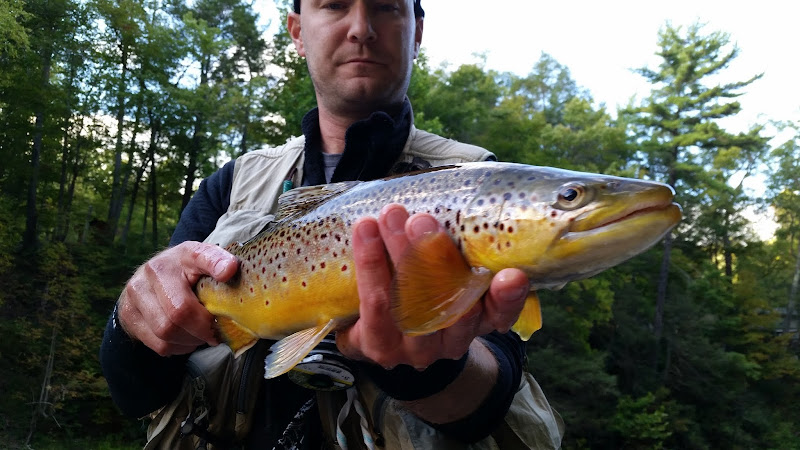 On Tuesday we intended to re-fish a productive section but couldn’t get in there because Penelec trucks were blocking the RD. What they were doing wasn’t right, but that’s a whole other story. So, my uncle wanted to go back down and fish water downstream of the lower access. Now, I know that Troutbitten has explored down there a bit this year, but I also know that it’s been spotty. I didn’t really think we’d get into very many trout, and we didn’t, BUT ………. we did find MUSHROOMS. 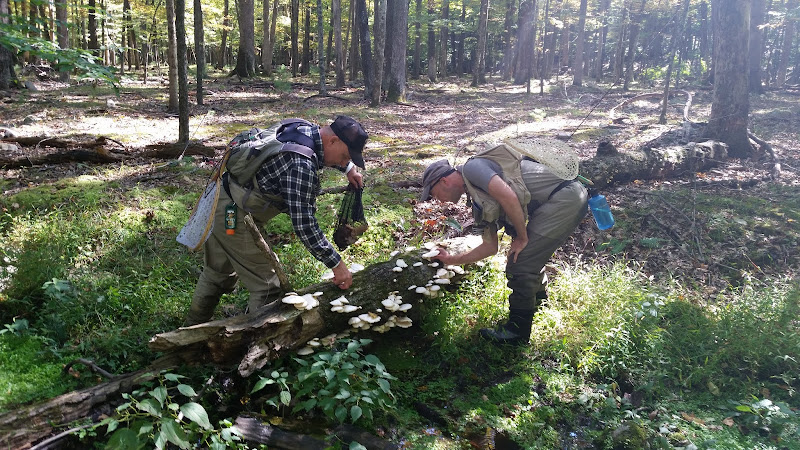 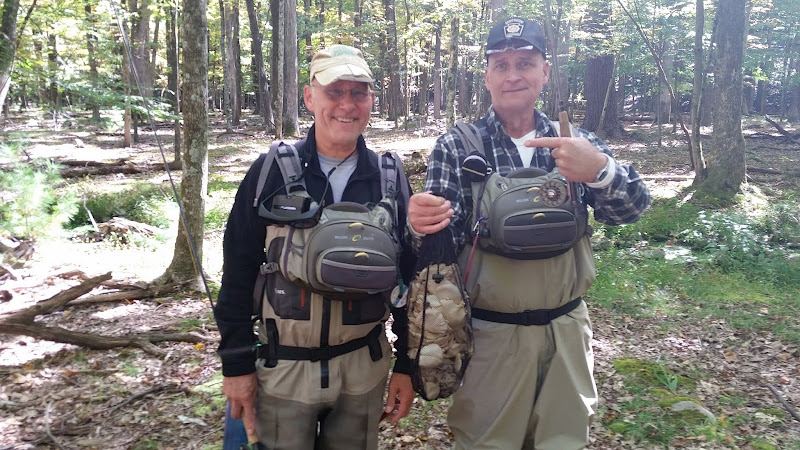 The day before, I had found a mushroom called Chicken of the Woods in a dead stump, and I brought it back and cooked it at camp. My uncle was ALL about it, and we spent most of the rest of that evening talking about mushrooms. The next day, while  walking out from fishing, we both were on the lookout, and I found Hen of the Woods. Then, out of nowhere I found all of those oyster mushrooms. To me, the oyster is the best, and I have not found them in such great numbers yet. We were very excited and picked probably 3 pounds of mushrooms. Brought em back, cooked em up, and I still have a few left in my fridge. Damn, they are delicious!  My uncle’s new passion? ….. finding more wild mushrooms. 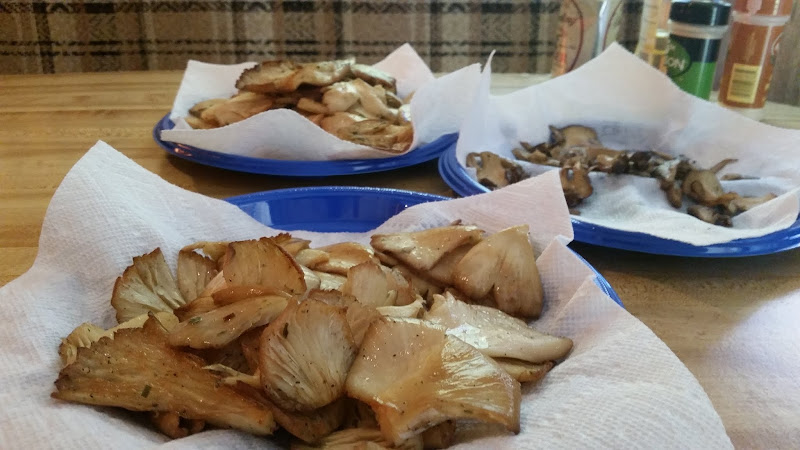 That’s about it for the report I guess. A very memorable trip.

Oh, and this fer Steve Sawyer …. 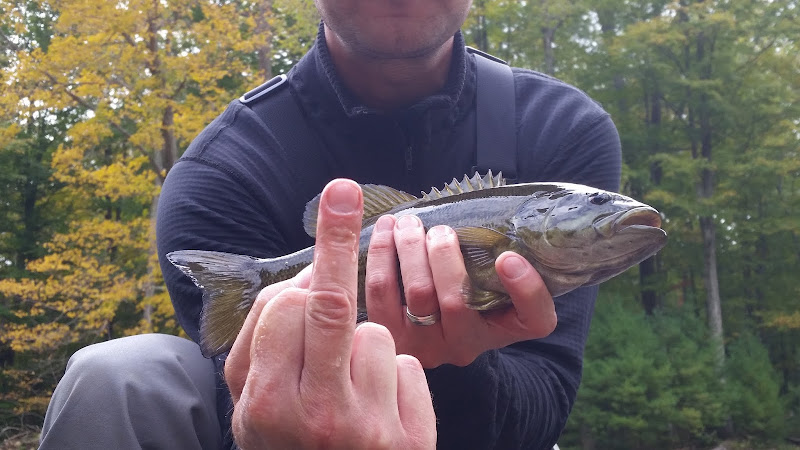