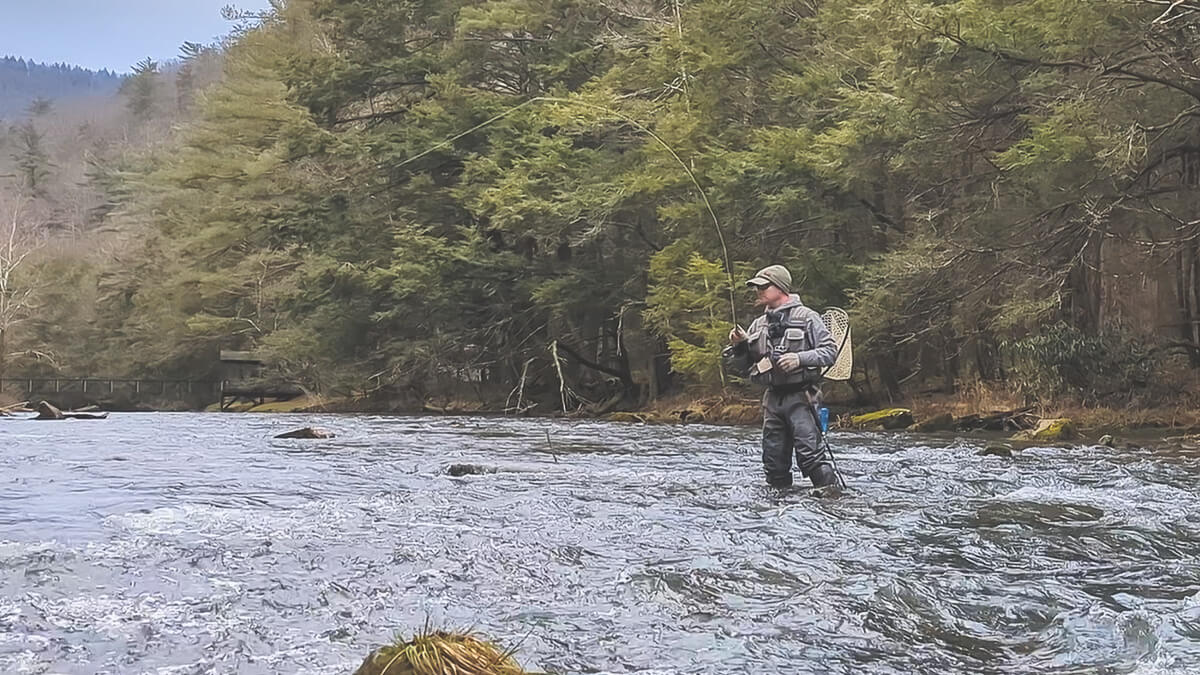 ** NOTE ** This is the sixth installment of the Troutbitten Short Series covering drop shot nymphing.

I began this series on drop shot nymphing close to a year ago. And after five in-depth Troutbitten articles, I’ve received hundreds of comments and questions on the topic. There are themes within.

Although ancient in its fishing design, drop shotting remains a mystery to many anglers. There are confusions inherent, often stemming from the connotation of terms. More than ever, with drop shot, I’m reminded that words matter — that our understanding of anything new starts by wiping the slate clean from the bias of preconceived notions.

There is still more to write in this Drop Shot Nymphing On a Tight Line series. But next, let’s break through some of the mystery. Let’s clear up some misunderstandings and correct mistakes that arise when drop shot nymphing is brought up.

No, Not That Heavy

This one is easily the most commonly misunderstood aspect of the subject. Drop shot does not mean we’re fishing heavy.

Throughout the series I’ve called this a finesse system. It is. The tight line advantage, the leader design and the way we fish it allows lighter weights to get down quickly.

Most drop shot rigs require more weight to counteract the resistance and drag of a bobber, of heavier lines and thicker leaders or tapers under the water. Instead, the system I’ve detailed throughout this series takes all the advantage of a tight line rig and merges it with the advantage of drop shotting.

The point is, this is not a chuck and duck rig, with extra weight and hardware attached. (Avoid swivels and clasps, because you don’t need them.) The weight need not be heavy. I rarely fish the 1/16, and I most often fish the 1/32 ounce. All of this, of course, is dictated by the water you are fishing and your own needs. 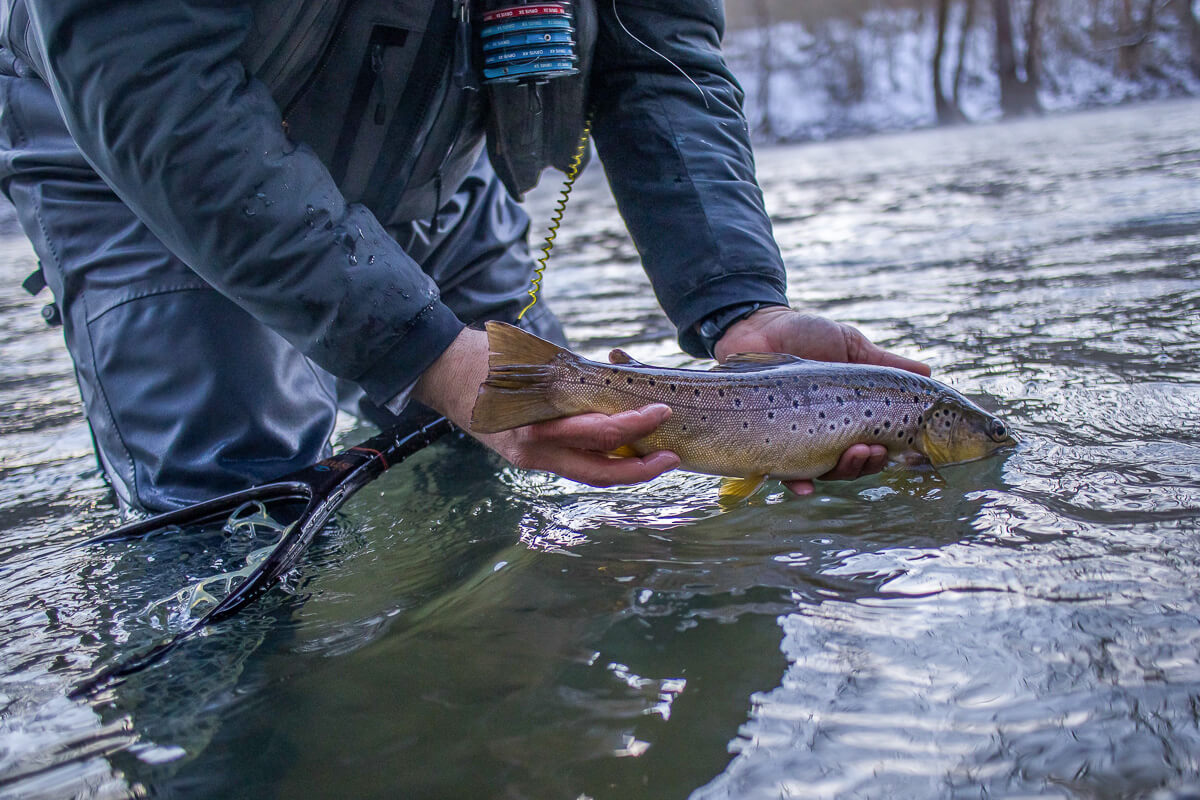 I grant you this: A drop shot rig looks like it should tangle more — especially with two flies on tags, above the shot, as I’ve laid out in the rigging part of this series.

With all the weight at the end of the line, the rig is a breeze to cast if you have solid fly casting fundamentals. Don’t lob. Don’t create wide open loops, as this takes away from your presentation options. Don’t rely on the weight for casting. Learn to cast the line and leader itself. Build good, clean fly casting loops into the presentation, and the rig will go where you put it, with the necessary grace to reach the bottom quickly. Do this, and you’ll have very few tangles.

A drop shot rig surely does tangle more than a single, weighted nymph. And when a drop shot rig tangles, yes, there is more to untangle. But the frequency of those tangles is less than placing split shot in between two flies, and it is much less than a bobber rig with two flies below.

Those first couple were misunderstandings. Now, here’s a mistake that I see happen with drop shotting — fishing too far away.

With more weight, we lengthen our sagless reach on a tight line. Just ten centigrams makes a big difference. And it’s tempting to go heavier in an effort to reach further. However, fishing longer comes with complications. We are less accurate, we can’t see into the water as much, and we have poor strike detection at long distances.

Many anglers fall into the trap of thinking longer drifts are better drifts, while the opposite is true. Short, effective drifts catch more trout.

Absolutely, I use drop shot to help improve my effective fishing range. It’s a great problem solver that way. But it’s easy to fall into the habit of using that greater range too often. Long, far off drifts are intoxicating. Don’t get addicted. 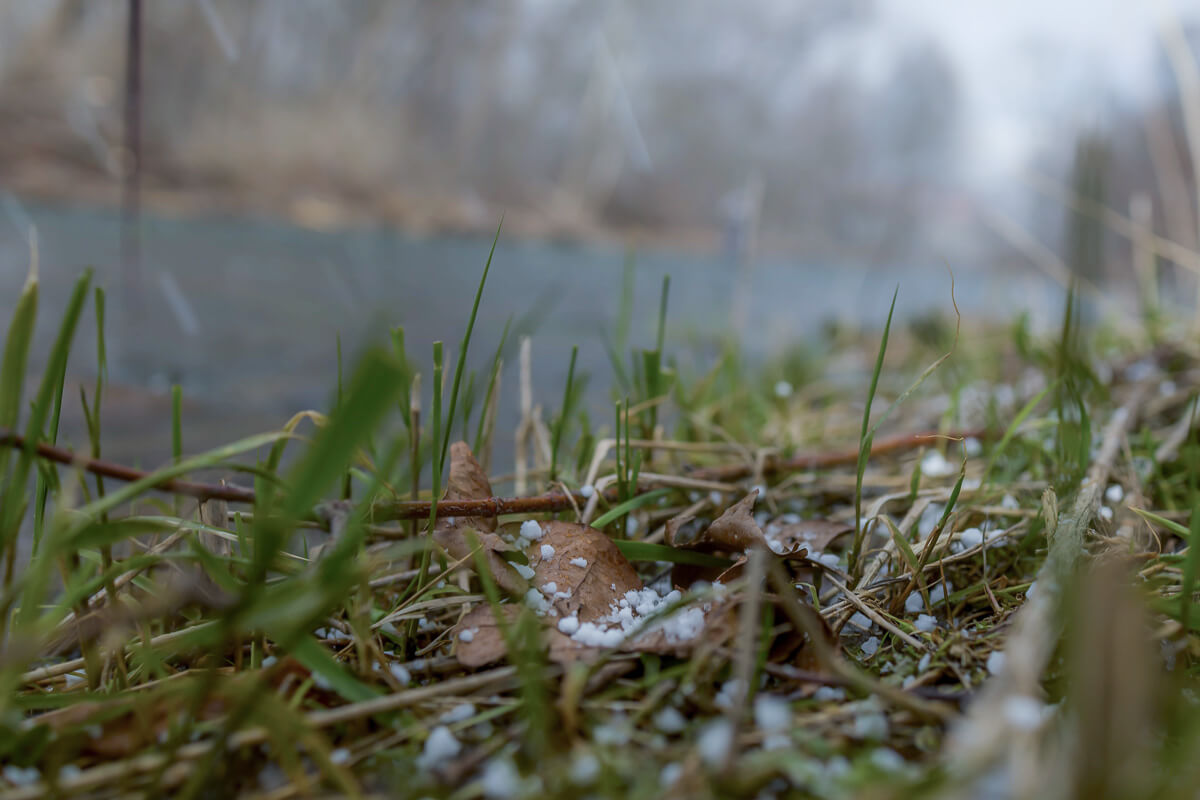 Along these same lines — and whether we’re far off or up close — a drop shot rig might make you complacent. If you’re using a drop shot to tick the bottom and treat that as a reference, it’s easy to think you’ve got everything right down there, just because you feel the shot make contact.

But that’s not good enough.

It takes awareness and discipline to drift a nymph rig in one seam — the only route to a true dead drift. And with the extra contact that drop shot provides, it’s up to us to decide everything about the course of the attached flies: the speed, depth, angle and lane choice are all in our hands. And that’s a big responsibility.

Inattention to these details is the primary reason I believe anglers turn away from drop shot after a few uses. Without strict attention to the details mentioned, trout simply won’t buy the presentation. Never settle. Aim for perfect drifts.

I’d never tell you that you need the drop shot balls that I use to fish this rig. Although it’s as easy as clipping the hook shank from a lead ball jig, I’m aware that most anglers won’t take this step. (You should. The balls cannot be beat.)

Split shot is fine, and anglers have been doing this for a century or more.

But I do recommend lead shot over non-toxic. Stone me for my recommendation if you must, but nothing bounces over rocks like lead. The non-toxic shot is a fair substitute, but I love the feel of lead at the riverbed. It is dense and drops quickly, yet it bounces and glides over rocks. Tungsten weights are also fine, if you can find them, but they bounce less. Tungsten putty is the worst choice, because its softness deadens the feel that I’m looking for in a drop shot rig, taking away one of the premier advantages of the system. All of this might sound like hocus-pocus. I understand that. But try all of your options before letting skepticism take over.

If you do choose split shot, I’m strongly in favor of using one shot rather than a string of them. I cannot understand the belief that four shot will hang less than one, especially if they are spaced out at the bottom of the leader. Instead, four shot equals four points to grab the next rock or tangle on the next tree part.

So fish one shot instead of multiple for fewer hang ups. That’s my experience.

All this talk about the drop shot ticking and using the riverbed as a reference can tempt you into too much of a good thing.

Extra contact might make the flies jump, jiggle and stall too much. That’s not a dead drift. So if they aren’t eating your presentation that touches ten times on the way down through, try cutting that in half, and then in half again.

Remember, these decisions are yours. The choice is in your rod tip.

I feel more strikes on a drop shot rig than I do with any other style of nymphing rig. That can be attributed to the flies being above the shot. Because we’re most in touch with the heaviest thing on our line, we are in contact and in control of the drop shot, so when a fish eats a fly above, we just might feel it.

This is no different than a fly on a tag above another weighted fly in a standard euro-nymphing setup. And no good angler I know expects to feel the takes on the upper fly in that setup. Of course you might. But trout may just as well take the fly with subtlety and caution. They may drift back with the fly a bit or turn back down slowly after eating it.

If you’re waiting to feel the strikes on any tight line rig, you’re behind the set way too often. As always, on a tight line system, strike detection is primarily visual. Watch that sighter.

Approach drop shot nymphing on a tight line rig the same as you approach it with the flies and weights in any other configuration. That is — get good dead drifts.

And while the drop shot provides some unique advantages to those drifts, it can just as well hurt the presentation. Drop shot is not a magic bean.

But if you use it well, knowing the advantages and remaining disciplines within the system, you’ll have another tool that excels in many river situations. 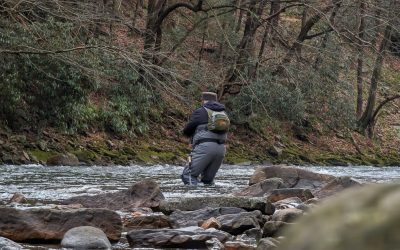