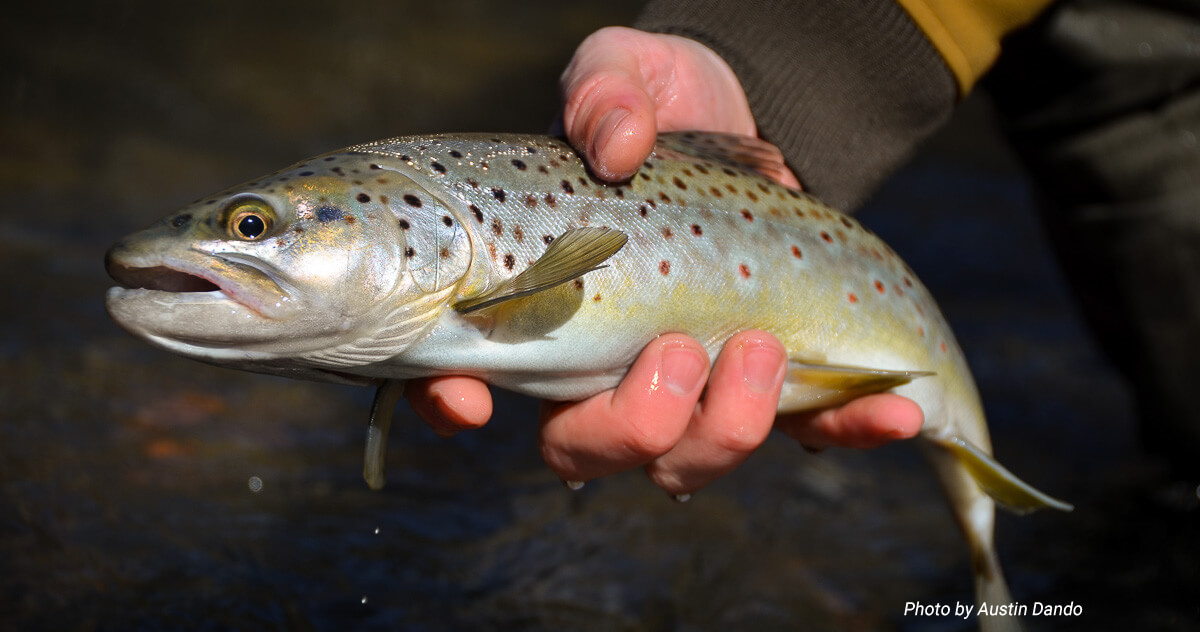 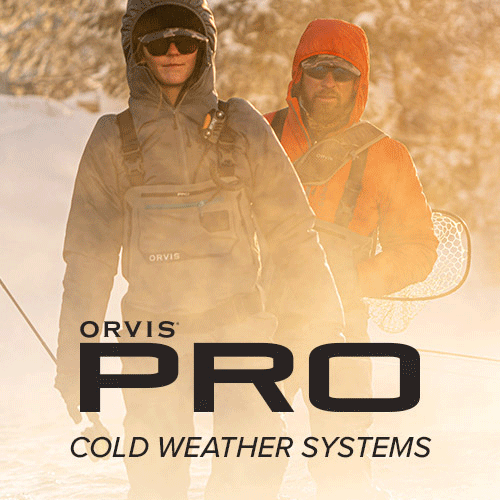 Trout are conditioned to the availability of eggs in a river system, and egg flies are the perfect pattern for a good part of the fishing season. It’s a high-protein meal that drifts predictably and can’t swim away, so trout eat eggs readily when the presentation is solid. It’s downright silly not to fish them.

I was on the river with friends four times last week. Because, in these strange times surrounding the Covid-19 virus, the die hard anglers are right at home. Most of us are pretty socially distant people as it is. And thankfully, wading upstream through a wooded trout stream is a good way to stay healthy and enjoy life. This is our time.

Trout activity on all four days was remarkably similar, even as the weather patterns swung from sleet and freezing rain early in the week to sixties and sunny at the end. Every day was defined by eggs and olives. And at any given time, trout targeted one or the other or both.

Year after year, I spend the better part of four months with an egg pattern as my best producer. When the browns are done spawning, around the first few weeks of December, the egg bite turns on. The trout’s egg interest lasts all the way into March, when it finally begins to fade into the deep cold of late winter. Then, sure as anything, the suckers begin spawning toward the end of March and into April, so trout line up to feast on dropped eggs. If you hit it just right, the action can be stunning. But even without the direct presence of spawning suckers in a piece of water, the egg is a reliable producer throughout the river. 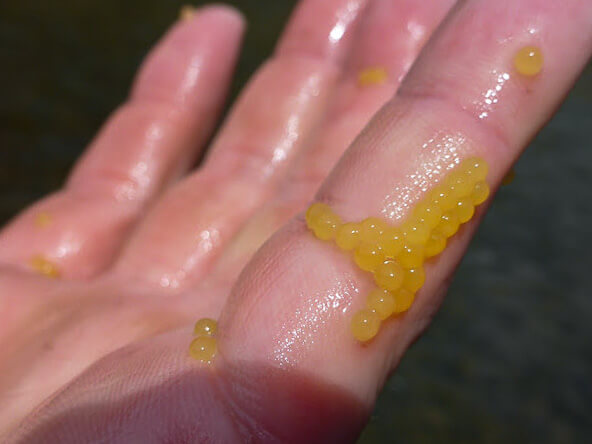 The early spring season is very much defined by the resurgence of the egg pattern. And by the time the suckers are done doing their thing, our hatch season is in full swing. Then, just like that, the egg bite turns off. Suddenly the trout favor mayfly and caddis imitations over the full-color egg options.

But as reliable as the egg bite can be in early spring, you don’t want to sleep on the Olives.

On Wednesday, I scanned upstream from underneath the dark shade of my hooded jacket. The sleet had turned to a slow-spitting rain, and the leafless branches dripped in rhythm, shedding the heavy precipitation into the companion river below.

I saw a swallow leave its perch and fly to midstream. It hovered for a moment, dipped a foot or two and then returned to the same wet branch. Moments later, the cycle repeated. And a few yards up, on river-left, another swallow flew across the water, intercepting its own olive mayfly before crossing over to join its friend on river right.

The dance repeated. And I motioned toward my fishing partner to look upstream. We stood and watched other birds appear from nowhere. They shook off the rain and gave flight. Most birds captured one olive per round, but sometimes a swallow found two mayflies before returning to the small oak trees lining the banks.

On many days, I’ve notice the activity of birds before seeing the hatch, especially considering the diminutive size of the olives. Their grey, size-twenty wings naturally blend with the river on a cloudy, dark day, and the duns are easy to miss.

But the trout surely don’t miss them.

Every day, for the last few weeks, the Olives have had an influence on the trout, until the results have been (almost) predictable. Small nymphs about the size of the hatching BWO’s do well at the tag position, drifted just above the strike zone, for most of the morning. Often, it’s the small trout that are eager enough to make that move upward. They seem to anticipate the hatch more. Then, later in the morning or somewhere in the afternoon, depending on what the weather decides to bring, the swallows start their aerial dance between the branches. Minutes later, the first few rises to the surface suggest a change in rigging and strategy, because you know the larger fish are about to feed.

My preference is a tight line dry dropper rig, with a #18 Klinkhammer mounted on a tippet section tag, not too far down from the sighter. About two feet below is the same small nymph which the little trout took all morning. Matching the flies is the most important thing. Balance and sizing for the elements of air resistance, buoyancy and weight takes some practice. Or, if you’ve been doing it for a while, it’s intuitive.

Lobbing never works here, so a clean, crisp casting stroke is required. Loops form in the long leader and push the nearly weightless rig to the target. The nymph hits. The dry touches in the same lane about two feet downstream. Tippet stays up, sighter is dry and the butt section is tight, all the way back to the rod tip. It’s a beautiful way to fish. 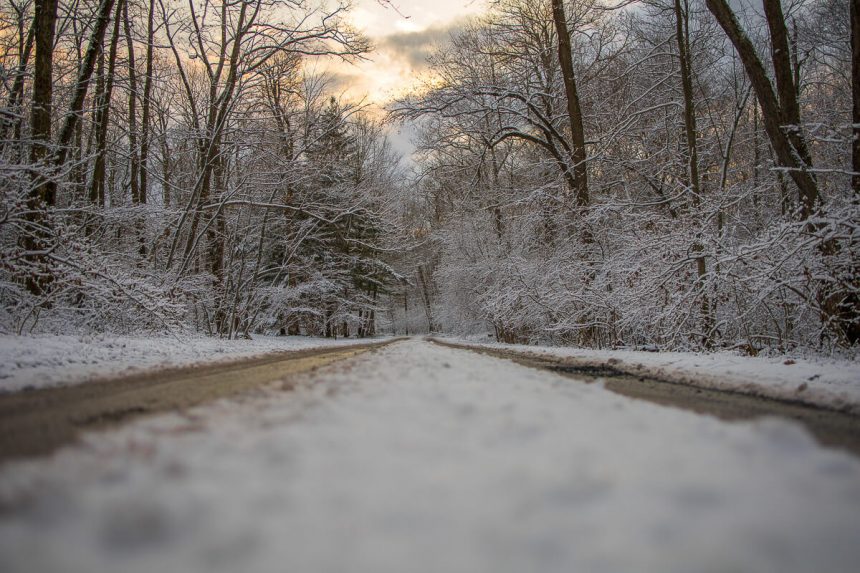 We did this on most days last week, and all sizes of trout responded, with about two to one on the nymph.

And when they do hit the dry on a rig like this, it’s similar to the exhilaration of a streamer take. As trout come from the dark shadows to rise and eat the dry, on a tight line the surface takes are also felt, and the connection is immediate.

Tight line dry dropper with Olives requires the most finesse of anything we do on a tight line, Mono Rig or euro nymphing system. So when we find the necessary rhythm and stroke to deliver the flies, that’s a reward in itself. And when the trout takes, it’s another feeling altogether.

Tomorrow, it’ll be eggs and olives again. I’m sure of it. 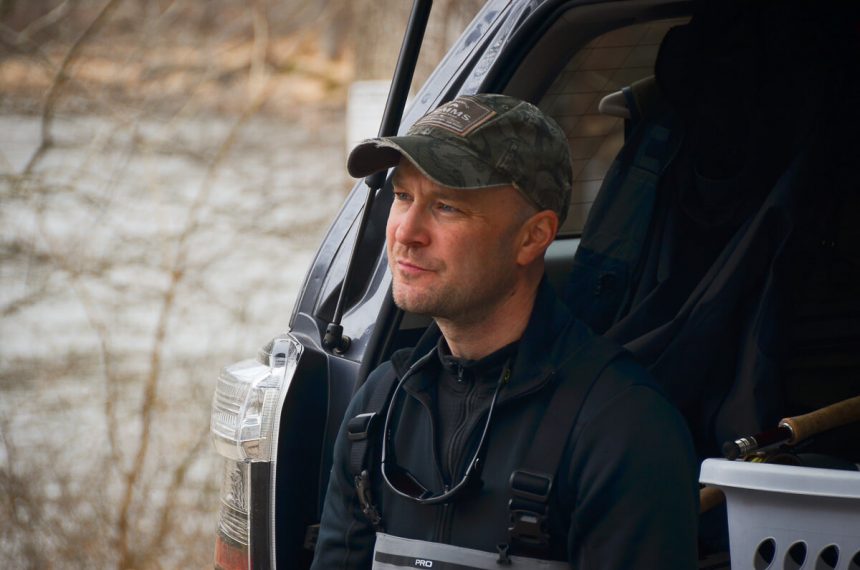