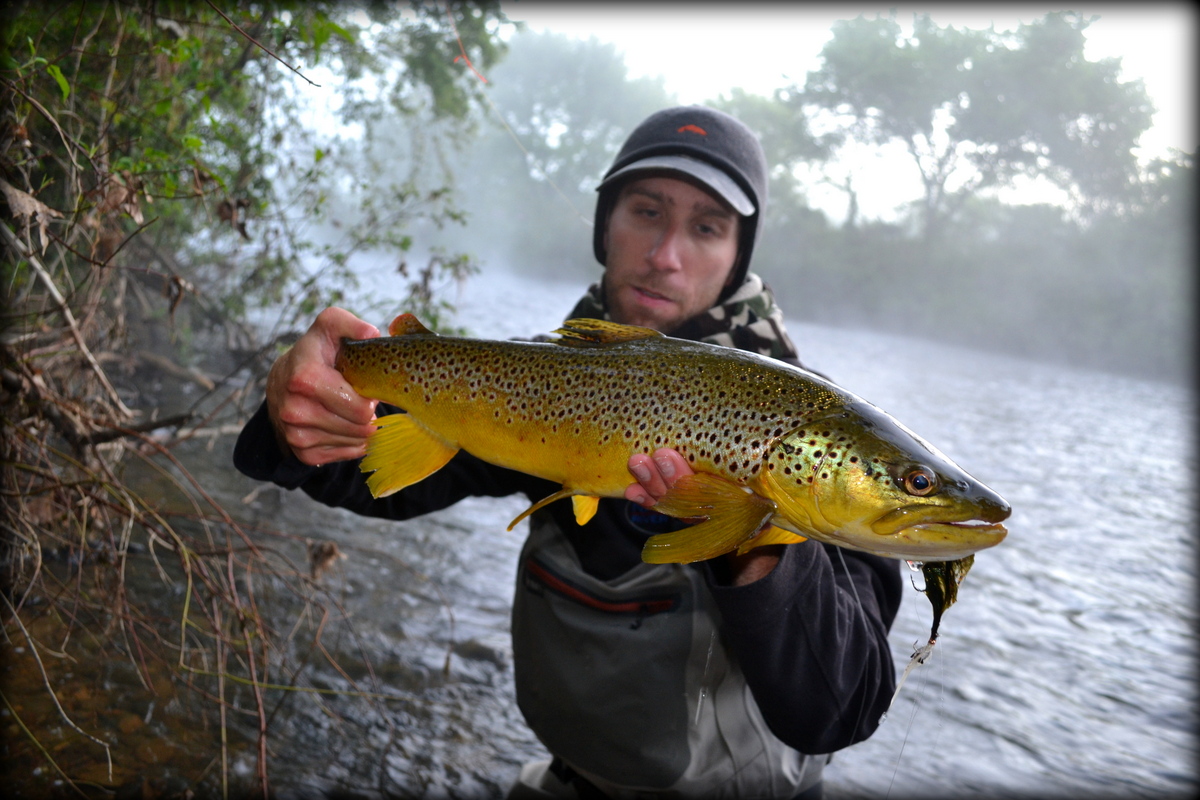 In fly fishing, bite windows are a period of time when fish are keyed in and are extremely willing to take an offering.  For an eastern dry fly fisherman, a prime bite window would be the last hour of daylight in late May during the sulphur hatch.  That hatch is prolific enough to bring up every fish in the river.  It is definitely a time that you want to plan around, and if possible,  be on the water.  Another example is in early afternoon in March on a cold overcast day.  BWOs will often pour off the water, struggling to dry their wings, giving trout an extended period to take the helpless insect before it escapes the surface.  Again this is another short window, maybe a couple hours, where the fishing can be incredible.  While there are many more examples of dry fly fishing bite windows, and numerous nymphing bite windows, I’ll be discussing a few of my favorite bite windows for streamer fishing.

Nothing gets the blood flowing more than when a fish erupts from the depths to engulf a streamer.  Those are my personal favorite moments in fly fishing.  It gives you a small glimpse of what it must feel like to be a baitfish attempting to escape a predator.  Now imagine getting the right conditions where many fish in a stream are behaving that way simultaneously.   On my home waters, situations like this don’t occur often.  Long sunny days eliminate the streamer bite resulting in few chases and catching only a handful of fish.  Overcast days and scattered showers can provide better action, but I still wouldn’t consider those conditions good enough to pull “nymphing numbers” while streamer fishing.  When I refer to bite windows for streamer fishing, I’m referring to those conditions where the fish pounce on any streamer entering their territory.  On my local waters, these are my three favorite conditions that I have found produce the fastest action throwing the big bugs.

This probably seems like a strange time to be streamer fishing.  Most people don’t consider summertime to be a productive time to throw streamers.  It’s generally not.  Hot weather, long days, and low clear water make for difficult streamer conditions.  However, every morning at daybreak the streamer bite can be dynamite.  The water had a chance to cool all night and the light is low.  This results in a short window, where you get prime streamer conditions in the heat of summer.  I can’t stress enough though, that you must be on the water ready to fish at daybreak.  To fish during this bite window, I often get on the water when it is dark.  Most days you don’t have long before the bite shuts off — 30 minutes to an hour if you are lucky.  While this window is short lived, it gives you the opportunity to have great success with streamers in an otherwise unproductive time of year to throw the big flies. 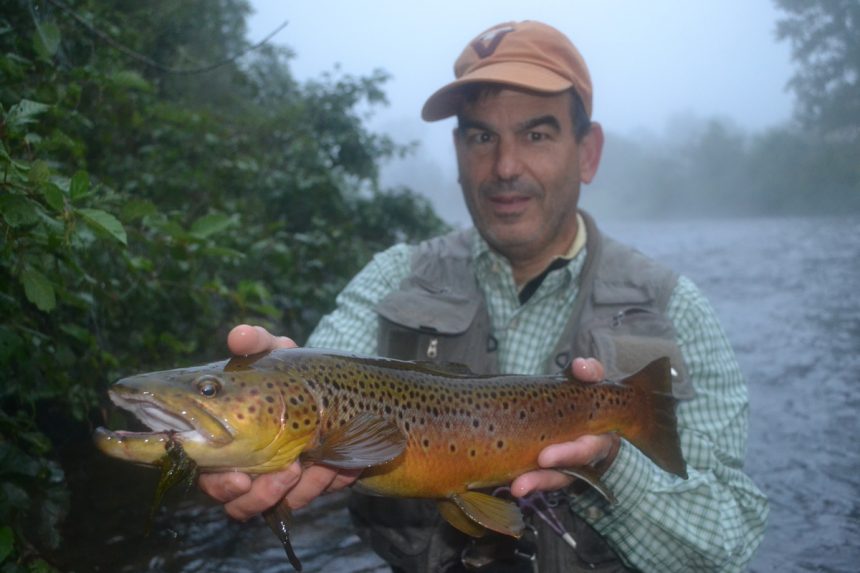 Our good buddy Sloop with a great daybreak summertime brown. 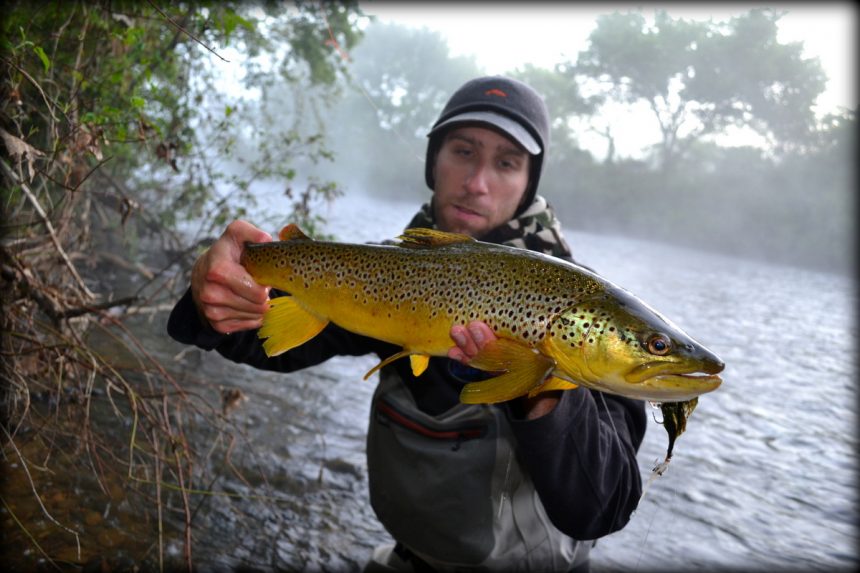 A nice brown caught at daybreak on a chilly summer morning

I know.  You hear it everywhere.  Streamer fishing during a storm is very good.  I’m not referring to any storm though.  The kind of storm I will drop everything to go fishing is one with a steady rain, which drops a couple inches over an extended period, and ultimately blows the river out.  The specific time frame I’m looking for is approximately an hour from the start of the rain when the stream is beginning to rise, up until the point when it becomes muddy and blows out.  This window varies greatly from one stream to the next though.  Small rivers often begin to rise almost immediately, while large rivers can be delayed.    Learning the way your local rivers react during these storms helps greatly when trying to predict the peak period of the streamer bite.  Even if you can’t make it out on the water, study the USGS gauges, specifically the tables that show the flow rate per hour.  This will give you a good indication how your streams typically behave and will allow you to better anticipate the time to be on the water during future storms.

I still vividly remember a day a few years back where my brother and I hit one of these storms perfectly.  The water had been low and clear for weeks leading up to this outing.  That day, we had a whopper of a storm that blew everything out for the entire upcoming weekend.  Luckily he made it up my way shortly after the heavy rain started.  We fished from the banks in a popular stretch of a small local stream.  The streamer fishing was incredible.  Every riffle, run, and pocket we cast into yielded numerous fish.  I still vividly remember one particular fish from that day.  I was standing on the bank and I cast to the middle of the river, retrieving rapidly back to my feet. During the last couple feet of the retrieve, I saw the familiar dark shadow and wake of a fish chasing down my streamer.  The fish accelerated to intercept the fly before it reached the bank, but I was out of room.  I lifted the fly out of the water.  Meanwhile the fish chased with such speed through shallow water, that it ended up beaching itself right between my brother and me.  We looked at each other and laughed.  That was the first and only fish I ever caught without the fish even touching my fly.  The madness continued for about two hours before it shut down abruptly as the water turned into chocolate milk.

Rarely do I pick up many fish on streamers on the river pictured below.  However, on this particular day I landed numerous fish in a short window, during a heavy rain that ultimately led to the river blowing out.  All hooked just like this.  Notice how the fish below engulfed the streamer. 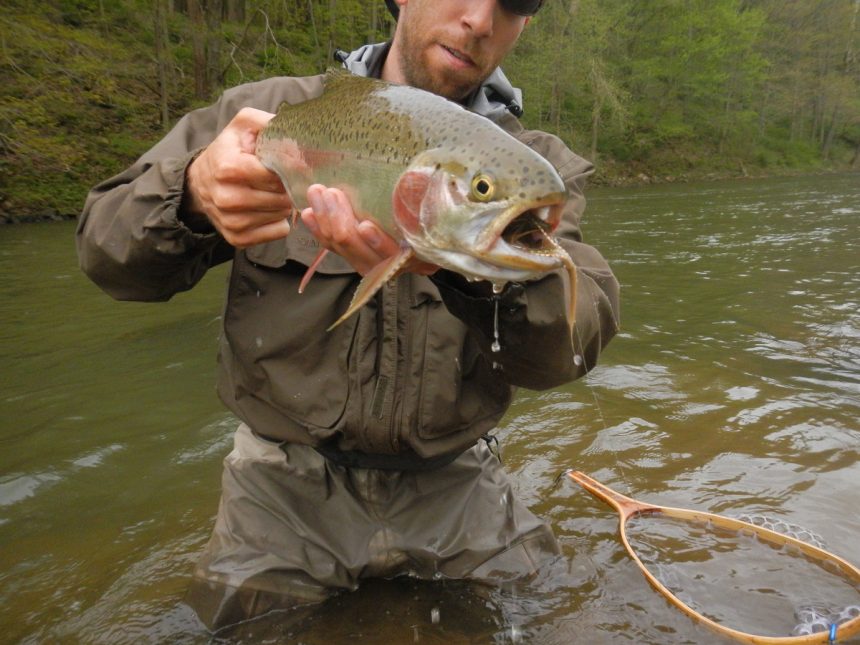 No chases, no short strikes on the day.  If they saw it, they had to have it.

When A River Spills It’s Banks And Begins To Recede

Again, you hear it all the time.  You should be out fishing when the river is dropping and clearing.  Well that’s not exactly what I’m talking about.  The window I’m referring to is  after the river has overflowed it’s banks and is receding quickly.  There is a period on a few of our smaller rivers where the fish move up on the banks to feed.  This is a strange phenomena where the fish are in the grass and debris, rooting around for insects.  Often the water is too murky to pick them out real well, but you will catch quick glimpses or see their tail break the water surface as they dig around.  This is usually a short couple hour window where the fish are ON streamers.  I will fish for them with lightly weighted flies.  You can sneak up behind them and pitch a streamer in and they will pounce on it immediately.  It’s all sight fishing and it is amazing how fast the fish pick up the presence of the streamer, and with no hesitation or caution, annihilate the fly.

Those are three of the conditions I like best when streamer fishing. So what am I missing?  Have any of you experienced any other conditions where fish lose their natural sense of cautiousness and jump on any streamer that enters their territory? I’m interested to hear what bite windows you all feel are the most productive for streamer fishing. 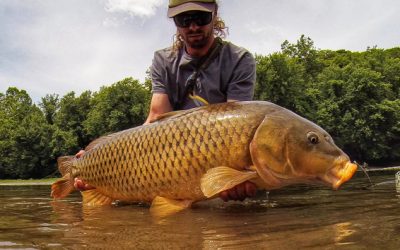 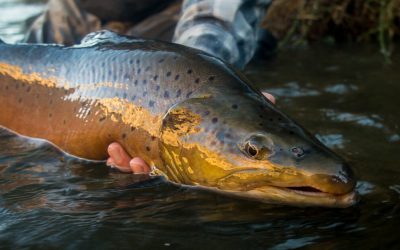 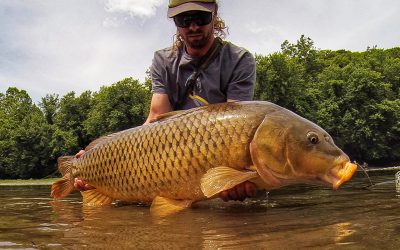 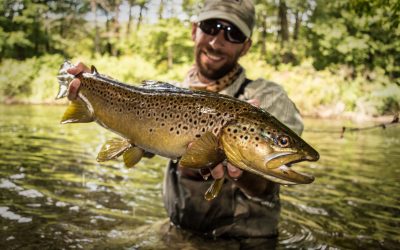 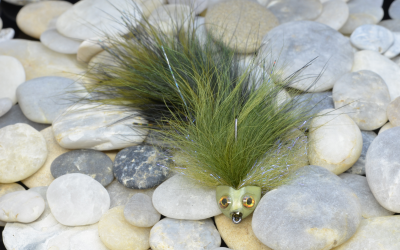 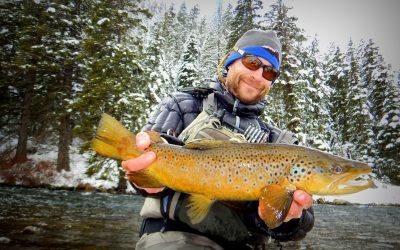