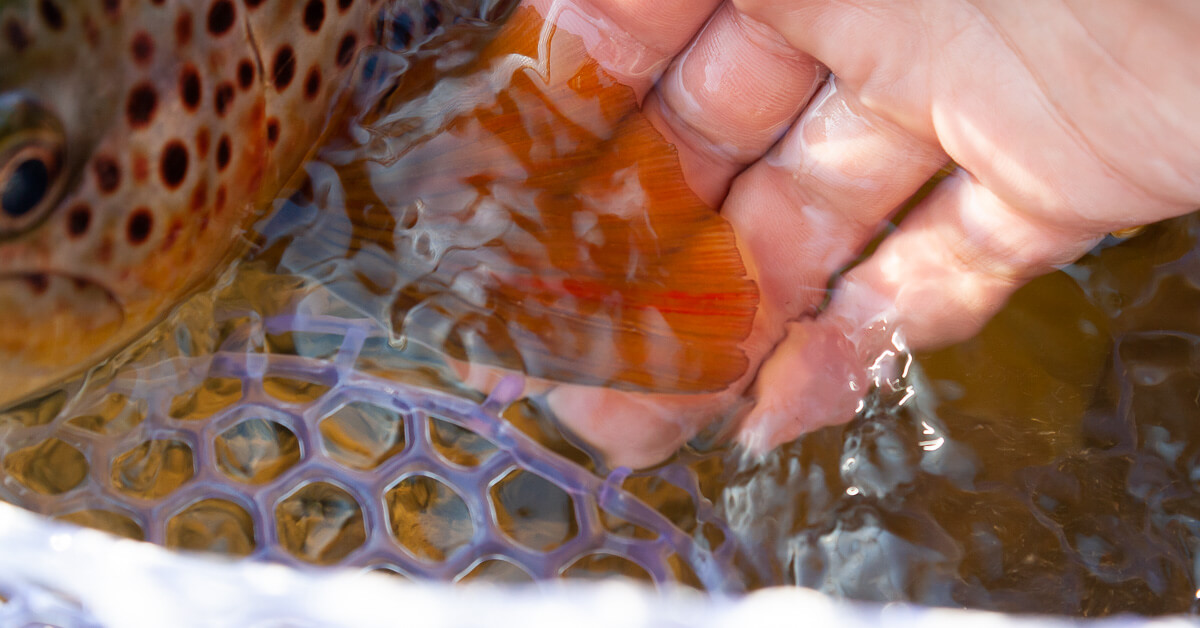 Keep it tight and crisp. Cast with speed. Be more aggressive. Build more momentum with the rod tip. The casting stroke should be snappy, energetic and sharp with abrupt and forceful stops between two points. I’ve used all of these descriptions and more to communicate the correction for the most troublesome fly fishing flaw out there — lazy casting.

On my guided trips, I meet a lot of good anglers from all over the country who want to take the next step and turn a corner with their fly fishing game. I also meet anglers relatively new to fly fishing who are looking to build upon the basics. And on the majority of my trips, at the end of the day, the number one thing I leave with my new friends is this: Put more juice in the cast. Cast with more power.

Build speed into the casting stroke. Then stop abruptly on the back cast. That flexes the rod and sets up the forward cast, where you again build speed and stop abruptly. This motion — this force — solves all issues of accuracy and distance. It’s simply the right way to cast a fly rod. And it’s true for nymphs, streamers, wets and dries.

For casting dry flies, a soft and slow, “lazy” cast is never the best. Instead, stop hard on the forward cast, and only then drift the rod down into position to follow the drift. I call it the Stop and Drop, and it’s a great way to build good slack and s-curves into a dry fly cast.

When casting with any weight — when nymphing or fishing streamers — the hard stops are crucial, no matter if you are long lining with a Mono Rig or using fly line. And accelerating between two points to build up speed is the key. Otherwise, the stops are ineffective. When we stop the rod on the backcast, we should feel the weight tug on the rod tip. Many anglers seem to avoid this. But good casters of streamers and nymphs welcome the feeling. The line straightens and the weight pulls on the rod tip. That’s a good thing. It’s turnover, and it allows for the precise placement of not just the fly but the tippet too.

The casting concept of 10:00 and 2:00 is simply a starting point. The realities of a river force us into angles far different than those two points on a clock. The concept is solid, but the positions on the clock change. So we allow the river to dictate the casting angle. Consider your objectives first. If you have to put the fly under a tree limb, then drift the rod past the level of that hanging limb before delivering the hard stop.

Many of our more advanced casting techniques need speed and these solid stops to succeed. Things like aerial mends and tuck casts work only when we build enough speed in the cast to deliver a power stroke. Stop the rod hard and high to deliver a good tuck with a nymph. Drift the rod tip upstream after the power stroke to easily perform an aerial mend in a dry line. Neither of these are possible without speed and two distinct end points in the casting stroke.

All of this is even more important when long lining with the Mono Rig. Building speed into the cast and making crisp, tight stops is the source of both accuracy and distance while tight line nymphing up close or throwing big streamers to the other side of the river. 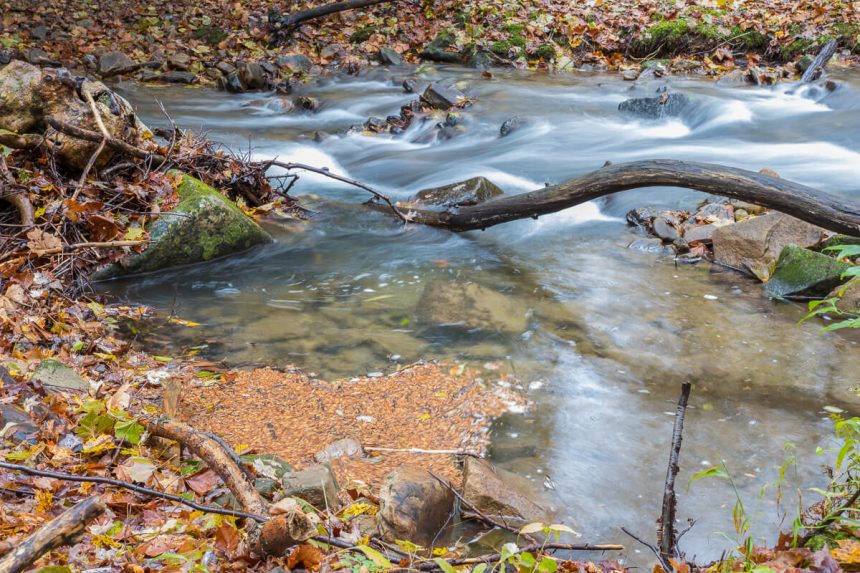 What About the Rod?

The specific weight or the type of flex in the fly rod matters very little here. In the last few days I’ve cast two-weight rods and seven-weight rods, along with my standard four and five weights. And I noted that all of them needed speed and abrupt stops to cast the flies efficiently. Are there adjustments with each rod? Of course. The variations are broad, and yet the principles remain the same. Build speed, and stop hard at two points.

Most of the anglers I guide use their own rods. And somewhere before noon, after fishing for a few hours with me chirping away to build speed and force into the cast, their rod separates at the ferrules. It happens often. Thankfully, the fly tied at the end always catches the rod section sliding down the line into the water, and we have a good laugh about it. The sections separate because most anglers never think much about how tight the ferrule connections are. They’ve never cast a fly rod with much power in the stroke, so they’ve only made the ferrule connections snug instead of tight.

Rods are made to cast. They are full of stored energy just waiting to be sent in motion. Put more juice in the cast. Use more power. Make the fly rod flex, and you’ll gain control, distance and precision in the presentation. I promise.

This is the direct advantage of knowing your weights. Fly changes become more deliberate and less experimental. Efficiency improves, as does your confidence to read water and the ability to fish it well.

Knowing your weights and measures is about understanding how to balance the elements of your fishing rig. It’s a give and take. But it’s up to you to first know what is being balanced. It’s the design of the leader, the weight of the flies, material resistance and distance. Put numbers to these things, and know your stats . . . 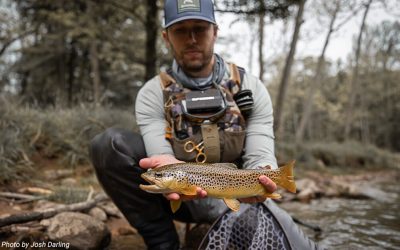 Trout Like To Do What Their Friends Are Doing

If you fish hard and pay attention to the details, you’ll often catch, miss or turn enough trout to learn something. At the heart of the puzzle is an eternal question: What do the trout want?

The best days start by learning what most trout in the river are doing. So, gather data toward those questions, and then branch off from there. 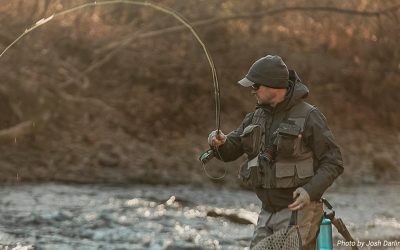 At the heart of every good leader design is an intentional balance between turnover and drag. Nothing is more important than the leader.

Material diameter and material stiffness. That’s what matters. And these two qualities determine a leader’s turnover power and the amount of potential drag . . . 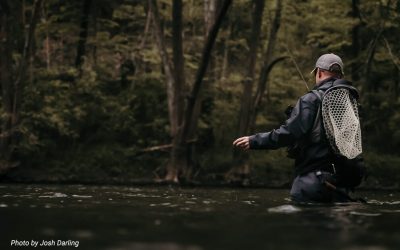 Making adjustments is the key to consistent fly fishing. It’s what long-term anglers love about this game. It’s how we solve the daily puzzles. And many of those adjustments are based on our thought processes around weights and measures.

It matters. And the easiest place to start is to know your distances. Tackle that first . . . 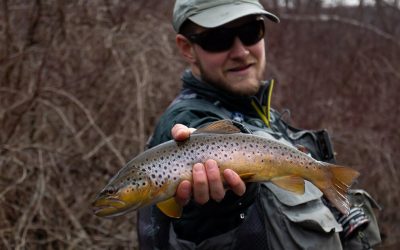 Know Your Weights and Measures

Consider your fly size and weight. Know your tippet diameter. Understand the length, thickness and weight of your leader’s butt section. And learn to accurately judge the distance you are casting. All of these elements are intertwined. And advanced angling starts by being aware of the stats. Know your weights and measures . . . 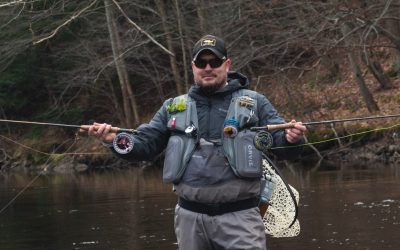 Finding the fulcrum with your trigger finger, and cradling the rod in your hand makes for effortless casting. If your rod hand aches at the end of the day, you’re doing it wrong.

Everything about casting and drifting improves by holding the rod with barely enough pressure to keep it in your hand. The fish will follow.