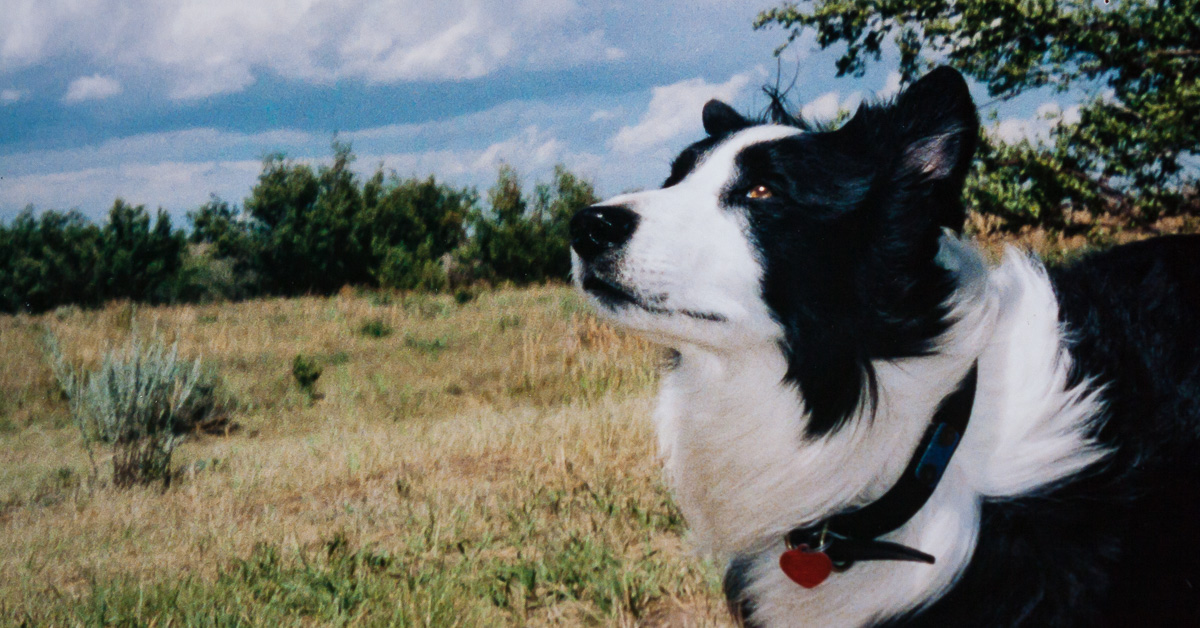 Border Collie and the Thunderstorm

The border collie sensed incoming weather before I did. Under the contrast of black on white, beneath mottled pink skin and between the ears, was a group of unknown senses, not just for the weather, but for a number of intangibles I never seemed to recognize. He tilted his head and stared at me with confusion, perhaps wondering why I couldn’t hear, smell or sense the thunderstorm before I could see it.

He responded to the name Dylan, and I never knew such devotion before I found him as a pup of four months, in a lonely town tucked into the Smoky Mountains of Tennessee. For thirteen years that devotion went both ways. It’s one thing I never failed to sense. We both felt it easily.

Most know the Border Collie as a sheep herding dog that’s well suited for working with people. For sure, Dylan could herd anything: squirrels and chipmunks, other dogs, small unwilling children and Frisbees were his specialty. He became my perfect fishing partner, crossing the river only when asked, always available for a good bank-sit, endlessly enthusiastic, tirelessly happy to walk deep into remote country and protective of our secret spots. Dylan was intense. He’d set up a border on the bank, and  pace between the corners, ever watchful. We mostly fished the back country together, but when we fished more popular waters, anglers tended to give us a wide berth.

I stood under a massive dew-soaked hemlock as Dylan and I chewed through the last hunks of homemade jerky together. And I tied fresh knots into my 4X tippet section. Perhaps the droning sound of perpetual pocket water masked the first waves of thunder from my ears. Dylan took off.

Starlings, trout, Border Collies, and even the trees feel a storm well before I do. I could tell you lies about being in a fishing zone. I could make excuses for my lack of perception, because I’m so focused on fishing action that I don’t notice exterior things happening around me. But no. The truth is, my five senses are woefully under equipped for the elements of nature. At my best, I have a way of sinking in, becoming part of everything wild out there instead of just walking through it. But that usually happens after days upon days of fishing hard, after exhaustion or overheating forces my brain into a blank state of existence, when my thoughts are numb and receptive. Then the elements creep up to me and climb inside until I’m alive with the forest, the sky and the river itself. This of course happens only without factories or restaurants within an untouched radius. It also seems to happen among the best thunderstorms.

Dylan wasn’t a loud dog. He saved his bark for things that really mattered, but he had a full set of raspy growls, whines and antics that offered more emotion than most people I know. As I tied the second 4X tippet knot, I saw his body alert. His ears shifted, and fur rippled as his muscles flexed to attention just before he ran. Dylan left behind a soft bark that fell to the ground and settled with the leaves that were stirred by his rear-wheel drive. He outdistanced his own sound and ran like a line drive, a rifle-shot hit squarely on a good four-seam fastball.

I looked up through spindly evergreen boughs and ages of old growth timber to see a darker sky than expected. Hard rains on the horizon. I fought with the clasps of my pack and dug to the bottom of the rear pocket for my thin, sunburned jacket.

Dylan and his paws thumped past me again at top speed, crossing within arms length and leaving a cadence of drums echoing through the semi-hollow rooted earth.

I never got used to the way he navigated the brush. He flowed over fallen timber, around groundhog holes and through blind curtains of ferns at breakneck speed. It was uncanny.

By contrast, Dylan’s walking gait was ghost-like. Sometimes he stalked through the woods in a herding stance, head and neck flattened out, front paws bending liberally at the first joint and stepping forward like a prowling lion. Dylan’s movements signaled curiosity and confidence, born from an innate wisdom and agility like I’ve never seen before.

So when the rains came accompanied with thunder, he flexed every ounce of his spirit and stretched into form like a racehorse. But these were no manicured dirt tracks. This was the deep woods of Pennsylvania, second and third growth timber and a forest floor scattered with debris, enough obstacles to endanger any running animal, let alone one at top speed. Early on, a friend suggested I should slow Dylan down or leash him at these times, to which I chuckled. You don’t suppress that kind of freedom. You let it run wild.

My Dad feared that Dylan would break a leg in a hole or thrust his eye into a low and broken branch, and surely there were a hundred opportunities for such disasters with every pass. I suppose I sympathized with such worry at first, but then seeing Dylan chase thunderstorms became like watching an athlete who cannot lose. You knew he was untouchable and marveled at the effort.

Odder still, Dylan chased thunderstorms with his head up, scanning the sky, searching for something. My grandfather once commented that Dylan wasn’t looking at the sky, he was watching something closer — thirty feet off the ground to be exact. He said that’s where angels reside, and I never once disputed what my grandfather stated as plain fact. How could I argue away the unexplainable?

I raised the jacket’s hood against cold and heavy drops. The wet hemlock branches sagged like a weeping willow, and I walked around the streaming water spouts . I folded the empty package of beef jerky and stashed it in my pocket, noticing a minor puddle at the bottom with my fingertips.

Just as I started toward the river, Dylan made a third pass.

I can’t tell you how far he ran these races through the woods. I just know that he followed the thunder into the distance, out of sight, through thick green ferns, stirring the treetops of undergrowth for as far as the eye could see. At varying seconds or minutes later (who knows which, really?) he returned on the same path, crossed within inches of me, and then seemingly chased the echoes of thunder in the opposite direction. The echo trip was never as long, and then he’d return. Head high, eyes, up, red tongue a sweating raw meatloaf as his enormous lungs filled with the next breath. He’d glance at me with the biggest smile I’ve ever seen, and then look back to whatever it was that he saw thirty feet off the ground. And at the slightest sound of the next rumble, he was already gone. 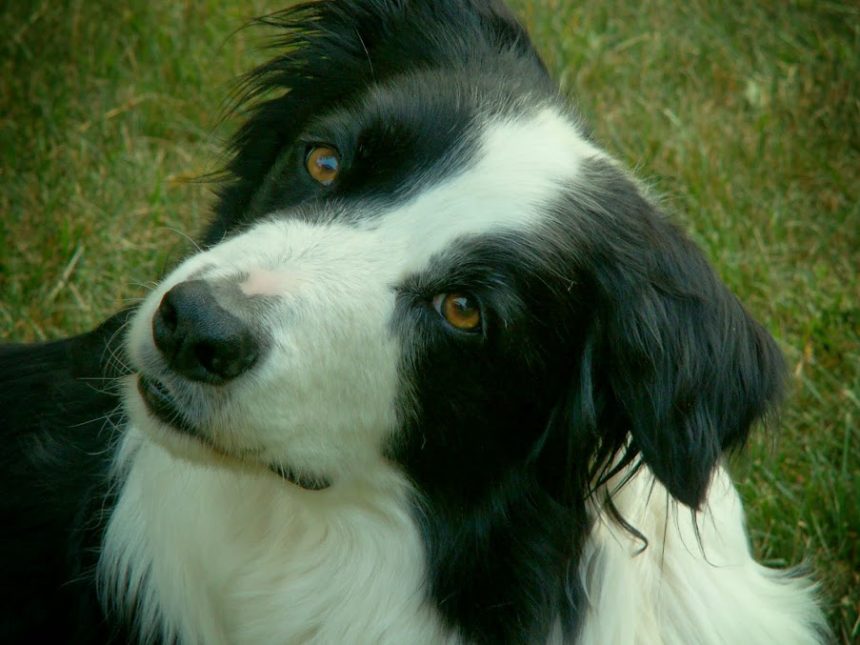