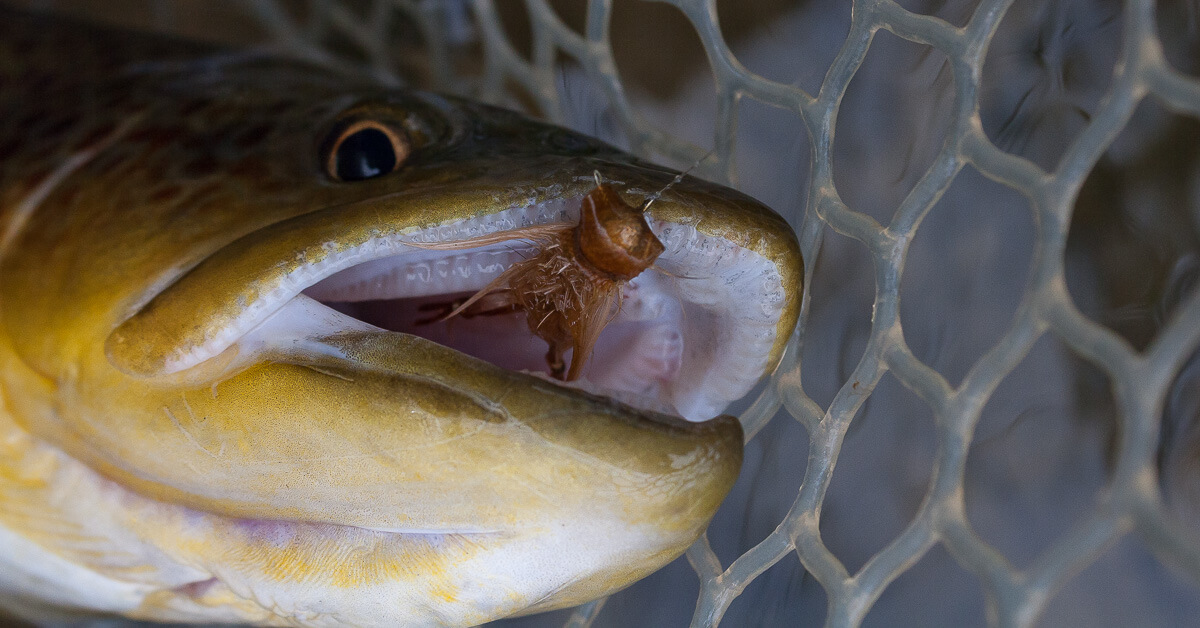 The best anglers are seen moving through various tactics with ease. They smoothly transition from fishing deep nymphs to a light dry-dropper rig. Then just a half-hour and a hundred yards more, they might be found stripping a pair of streamers against mixed pocket-water currents.

It takes practice and some planning to know when and how to transition. But making the changes and adaptations, without keen awareness and a solid plan, can throw off any angler.

The morning had gone better than I’d expected, and for the first time in a couple hours, I lifted my head and broke the concentration that tight line nymphing demands. I stood up straight and took deep, cold breaths, sucking single-digit air through a balaclava pulled up to my sunglasses.

I turned downstream to see where I’d come from and mentally rehashed each pocket that had given up a fish or two. I gazed downstream as far as my eyes could see, deep between a canyon of spruce trees and through blowing snow, until it put a hazy white mask over the river. The trout had come quickly. I’d changed flies a few times early on, but when the fish suggested that I’d found the right combination, I stuck with the same simple pair of Walt’s Worms. Standing there thinking about the morning, I realized I hadn’t changed or lost a fly for a very long time, and I’d caught a pile of fish.

Things were good. So I waded to a familiar fallen tree, broke out a small thermos of coffee and remembered a similar winter day from five years ago, how I’d visited with Dad at the same streamside log. The hot coffee warmed me from the inside, just like it did years ago, and I sat again on the soft mossy wood, remembering the way Dad and I had struggled to make heads or tails of anything the stream had showed us that day. Today, however, was different. Fishing had been almost easy.

I guess I was satisfied with the good nymphing, and a little curious about what else was possible. So after recapping the thermos, I stood up and grabbed my leader with toasty warm fingers, tied some leader knots and attached a streamer. I waded upstream past a thin shelf of ice that broke into the river’s edge as my wake passed. Then I began targeting the same water type where I’d had success dead-drifting nymphs all morning, only now with a slow-strip streamer presentation.

I’ll do this for fifteen minutes, I thought. And if the streamer turns up nothing, I’ll go back to the Walt’s Worms.

A half-hour later I begrudgingly admitted that the wild browns weren’t having it. No matter how I altered my streamer presentation, I couldn’t move a fish. And when I tried to switch back, to pick up the trail of my earlier nymphing success, I failed. Up against a ticking clock of deadlines and real-world obligations at noon, I floundered as I changed and swapped rigs and strategies too often and too much.

I caught just one more trout before I left. 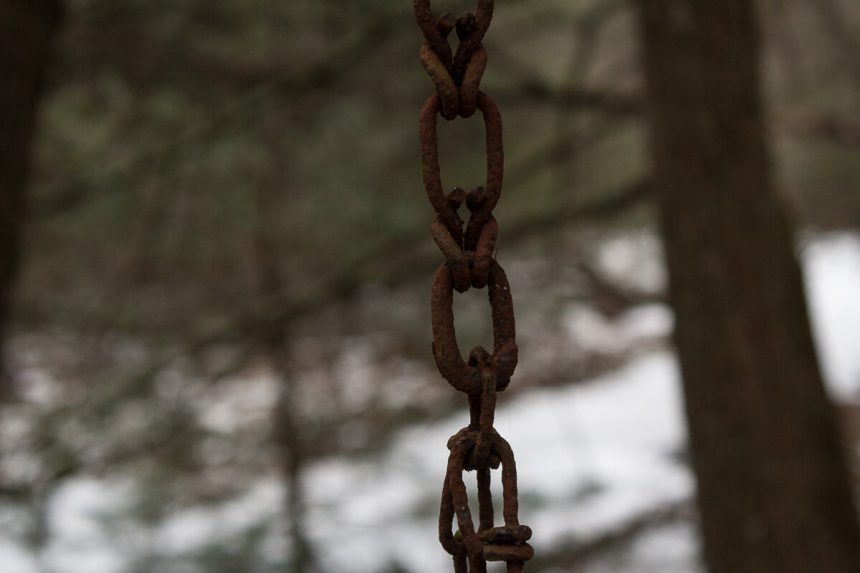 There are some strong themes running through the pages of Troutbitten. And over the nearly six-hundred stories and tips here, I’ve advocated for meeting trout on their own terms — to fish whatever they’re eating. One of the great advantages of the fly rod is how effectively we can fish flies of any size and any type, and because of that, there’s always hope for the next cast. We can match whatever food forms a trout is willing to eat, presenting flies at any depth necessary (from the glassy surface to the rocky bottom).

But transitioning from one style to the next is not easy.

So that’s why I’ve also suggested before to focus on learning just one thing at a time. It may take years to really put together a solid tight line nymphing game. And, personally, I learn best when I’m dedicated to only one objective. So try carrying only your dry flies to the water, if that’s what you want to learn. Or see what happens if you tie on streamers and nothing else, no matter the river and weather conditions.

Even when we do have a fully developed set of fly fishing skills, it’s easy to screw up the transition between styles if we aren’t purposely aware and thoughtful about what we’re doing. I know how to fish nymphs and streamers. I’m good with both. But all too often, something is lost in the switch. Sure, I can blame it on the fish. I can say that a bite window closed (and maybe it did). But I often leave the river knowing that I did something wrong — and sometimes knowing for sure that I messed up a good thing.

You may spend the better part of an early summer afternoon casting to rising fish that eagerly chase down mayfly emergers. When the hatching activity ends and you want to switch to nymphs, it’ll serve you well to take an extra moment to pause, to think about shortening the range of your casts. Because whether tight lining or fishing with a suspender, better nymphing happens at close range.

And when dusk settles in, when the harsh angular light softens into orange and purple glows over grey water, your trigger finger may be itching to strip streamers through the last remaining light, hoping to fool a large trout who’s just a little early on the prowl. In that moment, it pays to slow down and think about covering less water than you did with the nymphs, to target only the spots where you expect to find a cruising Whiskey.

Whatever the situation, it helps to be thoughtful about every transition, every time you alter your rig or tactics on the water. Is the change a good bet? And if so, what adjustments need be made? 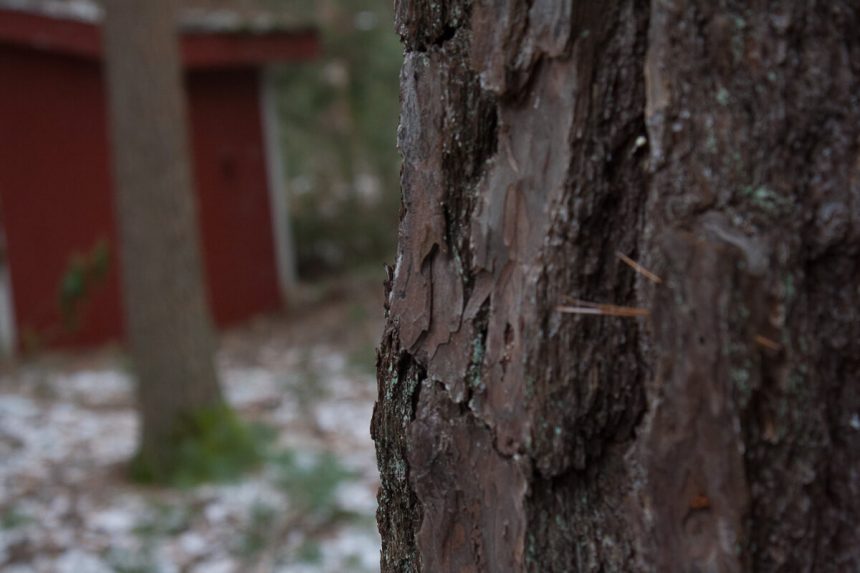 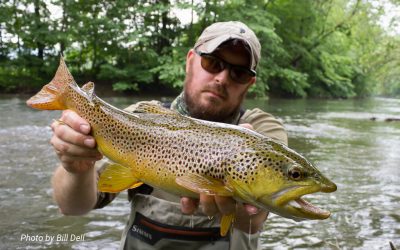 Here we are, at the end of fifty tips. Just two weeks shy of a year ago today, I started this series with a plan. Determined to publish every Sunday, I wrote these tips to be a little different, trying for something unique, and with a new take on some stuff many of us may not have considered for a while.

. . . What brings us back is the trout. Fishing without catching only goes so far. It only lasts so long. We dream not just of the woods and the water, but the trout too. And catching those fish brings in another art, another appreciation for the challenge and a new way to be creative. It also fulfills our human need to learn something. And without a trout on the end of your line once in a while, you’re just hiking through the water with a ten-foot stick . . . 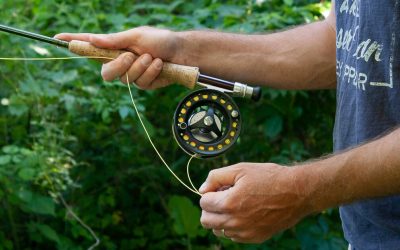 Ever feel like your dominant hand has all the fun? It holds an ice cream cone, throws a football and sets the hook on your biggest trout. Your off hand is so neglected that at times you might forget what it’s used for. Fishing with a spinning rod keeps your other hand busy — constantly doing the reel work. But we aren’t reeling in line much while fly fishing, right? And at the close distances we often fish for trout, it’s easy to forget to keep the line hand involved.

So this is another one of those “Duh” tips. It’s the kind of thing that seems obvious. And yet, by considering all of the tasks for the line hand, we become better anglers. It’s always the little things that make a difference in life. It’s the basics, refined to perfection (or something close to it) that make us better — that bring more fish to hand. 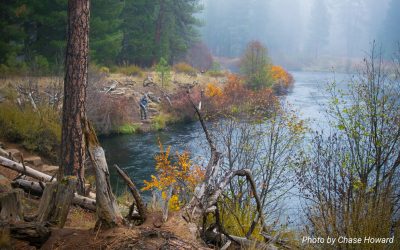 There’s a canyon stretch on my home stream with a gated, gravel access road used by dog walkers, runners, hikers, bird watchers and crazed fishermen. It’s a wonderful three-mile walk up into the canyon or down from the other side. In some sections the path bumps up against the towering limestone walls, and you can feel crisp cool air pushing aside the heavy heated blanket of summer.

There are huge chunks of those same rocks that have broken off through time. They remind you how many centuries this place was here before you were, and how long it will remain after we’ve all turned to dust. The eternal boulders were separated from the crest of the cliff through the earthly power of spreading hemlock roots that infiltrated every available crack, until eventually an enormous boulder fell to the forest floor and rolled into the river, providing a landmark and a constant reminder of how small your space in time really is.

So it’s a good walk up in there. And lots of anglers make the trek. But here’s the funny thing: people stop and fish the same places, day after day, year after year. All of us do it. 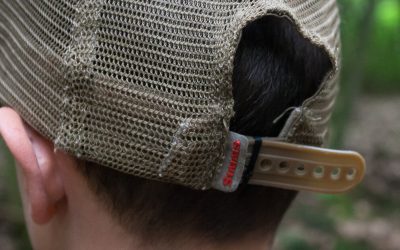 The dead drift. That’s what it’s all about, right? It’s the baseline for a decent presentation and the starting point for real success in fly fishing. Oh sure, we strip streamers. We swing wet flies. And on occasion we may dance an Elk Hair Caddis on its hackle across the river. But by and large, the dead drift is our objective when fishing for trout — especially wild ones . . . 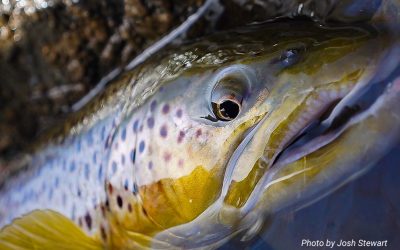 Midday. High sun and an overpowering heat. I stalked the banks of a large Montana river with my Border Collie at my side. I mirrored his shepard’s crouch: low, with my head forward, almost crawling through the dry sage brush.

We paused strategically under the thick Douglas Firs, not only for a break from the unrelenting sun, but for a real chance at deception. The large wild trout, it seemed, were at the moment, predictable — laying close to the banks (sometimes within inches), and waiting for the next overhead meal from a hapless hopper or any other random terrestrial occurrence. The evergreen limbs provided the shade for true cover — our only opportunity for real stealth. 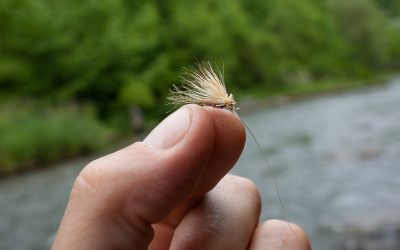 The fly is an explorer tied to the end of a string. It bounds along with the current, making discoveries and telegraphing its collected information back through a line. Whether nymph, streamer, wet or dry, our fly is an investigator sent forward to probe the water and search for trout — and to collect more information than our eyes can see.

Standing riverside, pinching the hook of a caddis dry fly between forefinger and thumb, with slack line and a rod poised to send our fly on a mission, we scan the water for signs. We look for rising trout and likely holding lies. And we look for  much more than is easily visible. The currents of a rocky, rolling river are a converging and confusing mix. And what we may decipher through polarized lenses is a mere scratch of the surface. So we send a pioneer.