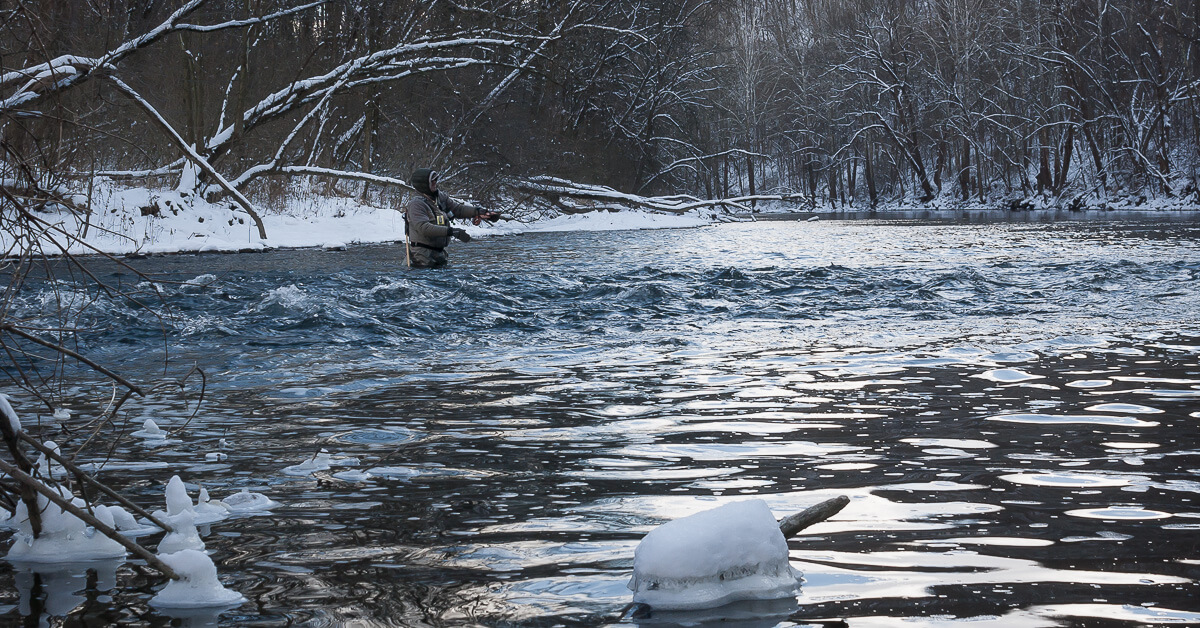 ** Note ** This story is from December of 2017, just before the best wintry stuff really got started last year.

Sawyer isn’t afraid of the cold. He’s like a polar bear in waders — doesn’t even wear gloves on his paws. And I don’t get guys like this. I don’t understand where their warmth comes from. Is it a higher tolerance for pain or a motor that just runs hotter than most? Who knows, but Sawyer’s always up for anything, and he’s fun to fish with.

The first batch of winter roads had people a little skittish on Tuesday morning. Even the plows and salt trucks showed some unusual caution. Later in the season, they’ll be cutting close lines and motoring at top speed, plows laid flat, shooting sparks with bare steel on rock. Before long, they’ll be in a mid-season rhythm. But at 7:30 am on Tuesday morning, the highway traffic formed a line behind the yellow diesel beasts, and everyone unanimously and silently agreed to be a little extra careful. So I was late.

“He was already upriver somewhere. Sawyer had driven three hours to be on time, and I wouldn’t have waited for me either. “

When I finally stepped out of line and steered left onto the winding creek side road, I was eager to accelerate. So I took my new freedom with some aggression, pushing snow with my 4-wheel drive and generally driving the way a ten-year-old boy rides a sled. You gotta love fresh snow.

Three miles further, I slid into a small, unplowed clearing at the bottom of a valley. I joyfully circled the center tree a little too fast, deliberately over-steered, and skidded the truck to a standstill beside Sawyer’s Pontiac Bonneville. He was already upriver somewhere. Sawyer had driven three hours to be on time, and I wouldn’t have waited for me either.

Fishing friends should never be late. But if you are, don’t make excuses. Acknowledge it, apologize and don’t be late again.

There was another truck in the small pull-off too, and that was more than unusual for a day like this. At nineteen degrees, with a steady wind and some stronger gusts behind it, the day wasn’t one to make most people think of trout. The guy behind the wheel wasn’t thinking about trout either. And it took no more than a glance to realize he wasn’t a fisherman. He sat behind the idling engine, dragging on cigarettes and emptying beer cans into his laid back head. Smoke curled upward from the cracked window and blended with a similar cloud from the tailpipe. The beers and smokes came in pairs, and by my count he was on his third round by the time I laced up my wading boots.

I watched the smoking man behind my dark polarized lenses and through sideways glances, trying to give the guy some measure of the privacy he probably had counted on when he’d driven down the same snowy, dead-end road I had. I wondered about his plan. I wondered if Sawyer’s sedan and my truck were safe from being ransacked after I walked away. But I didn’t think on that too long. Sometimes you just have to trust people, no matter what.

I methodically pulled on the extra socks and layers, strapped up the waders and rigged the fly rod before I had much time to think about it. This is another thing that becomes more fluid as winter wears on. I’ll settle into a mid-season form, just like the yellow trucks and the passenger cars. I’ll get faster. More efficient. 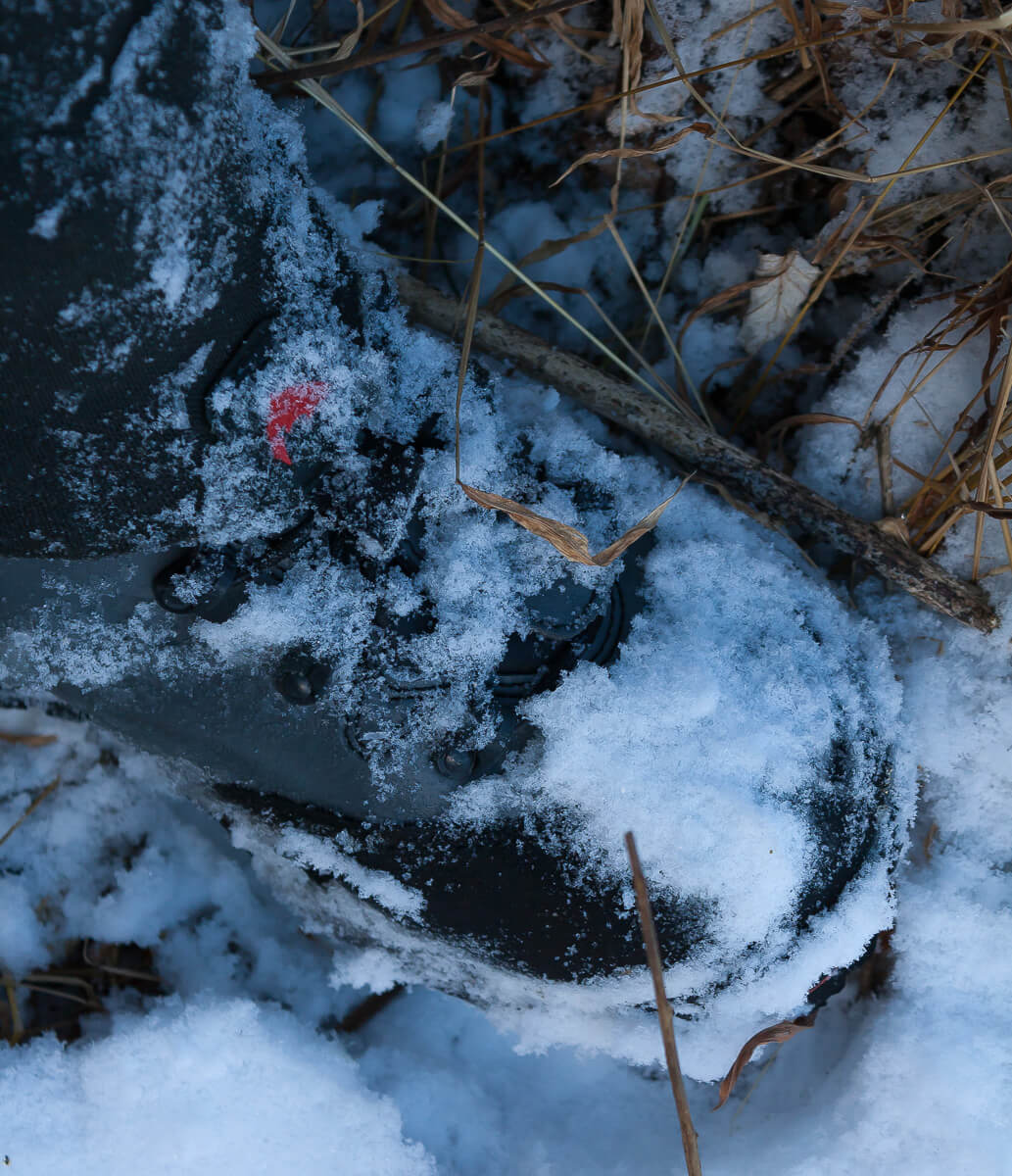 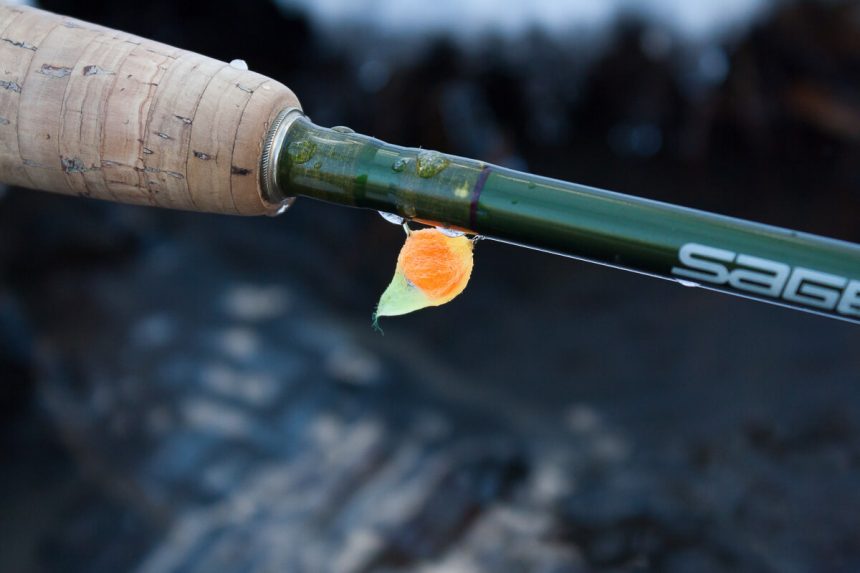 Winter fishing requires a lot of extra steps. There is no trick. Just do it. It might take an extra five minutes to deploy the thicker layers, the gloves, rags, hand warmers and more, but who cares? What else are you going to do? Go to work? Sit at home and watch television while you dream of springtime?

Once all the stuff is on, it takes some specific and practiced contortions to slide a 24 oz stainless steel thermos filled with coffee down into the back of your waders. Start beneath your shoulder blades, then allow the warm cylinder to slide down and lay at the small of your back. Resting just above the belt, it remains there until you forget about it. And hours later, when a nasty chill really sets in, you remember that you brought something special with you. Hot coffee is so worth it on the worst days.

I followed Sawyer’s snowy boot tracks for about three hundred yards. His larger steps and wider gait was a stretch for my own, but I followed them anyway for amusement — like a child’s game of hopscotch. At one point, Sawyer’s tracks reached a ledge beside the path, and standing in his footsteps, thirty feet above the rushing river, I could feel the way he had pondered whether to scramble down the hillside below or walk up to where the trail knelt to meet the river another hundred yards through the show. We both chose the latter.

I climbed down the bank and easily spotted Sawyer’s polar bear frame across the river. When I yelled out, he startled, then turned and waved. I noticed he had gloves on this time — go figure. Not in mid-season form yet, I suppose.

Sawyer and I fished together all morning. We shared the coffee around noon and set the hook on the last couple of trout just before dusk.

Of the smoking and drinking man in the clearing, all that was left were his snowy tire tracks and a series of holes burned into the crusty snow by glowing cigarette butts. 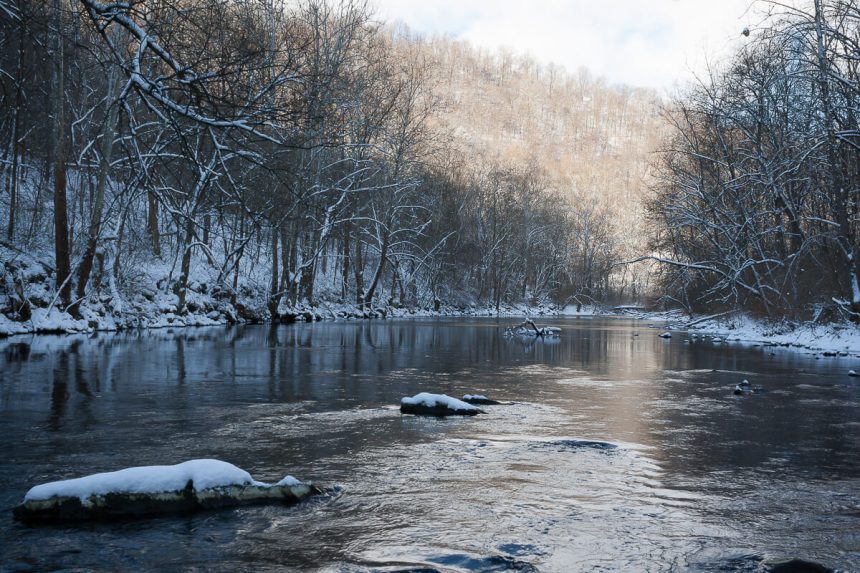 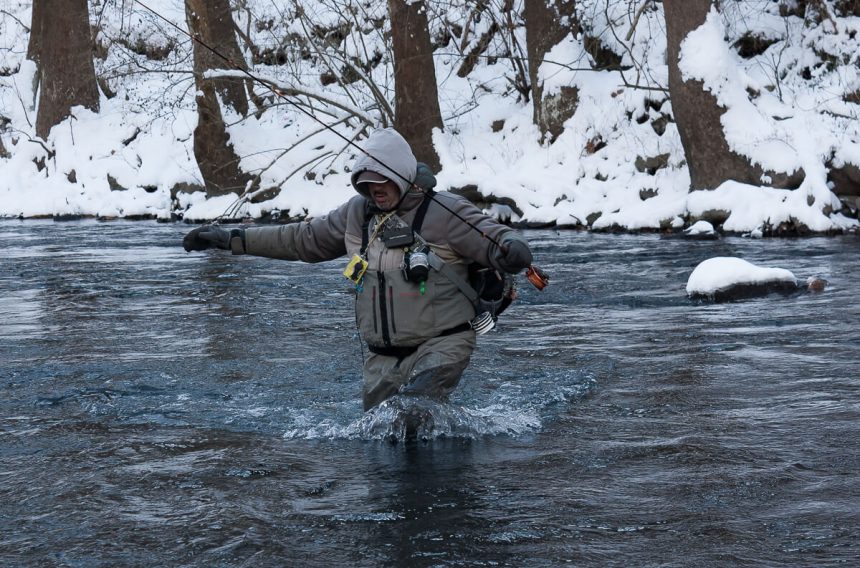 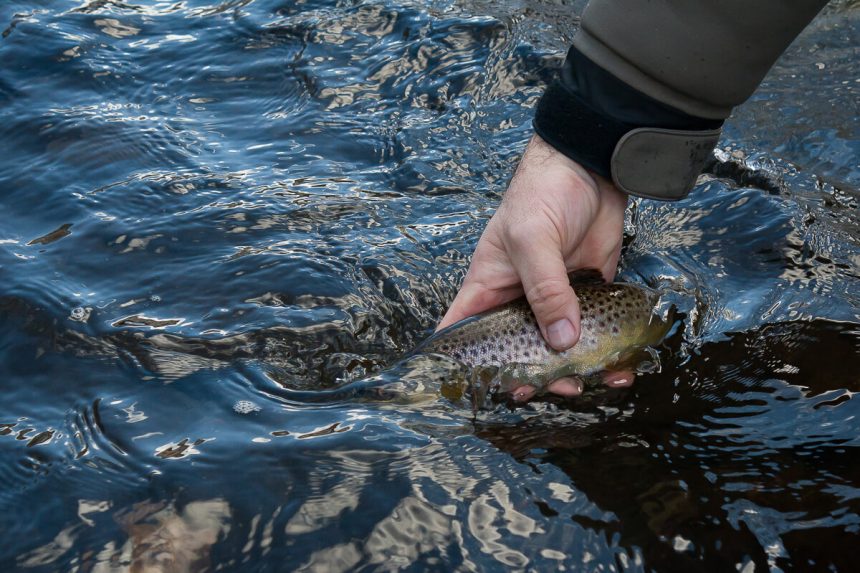 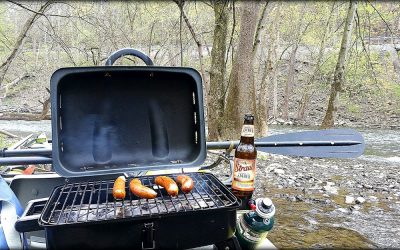 Other fisherman often make the comment that I'm lucky to live where I do. Luck has nothing to do with it. It's a choice. I started college here, moved away for a bit, finished school somewhere else, met my wife, and then moved back here, in large part, because the... 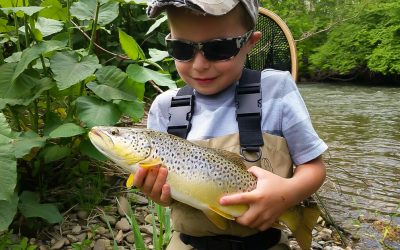 Hundreds of times Aiden has snagged the bottom, pulled the rod back, and either asked me if that was a fish or has told me flatly, “I think that was a fish.”  This time, he finally experienced the certainty that a couple of good head shakes from a trout will give you . . .

The fishing brings us together. If our annual spring trip to the mountain wasn't planned, what chance is there that my dad, my uncle, my two sons and I would all end up in the woods together for four days? None. These trips provide us the reason to make time for one... 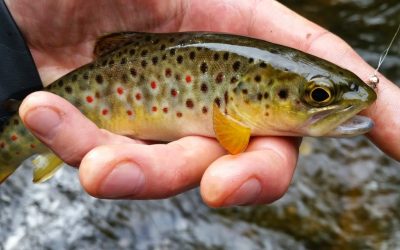 Every spring, after the relative solitude that I enjoy on the water for most of the winter, it takes me a couple trips before I adjust to the presence of other human beings in the same woods and water again.

I guess I re-calibrated yesterday . . . 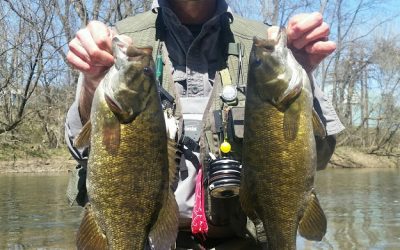 Pat and I wanted to float, but after the recent rains all of our local options were too high and/or muddy. I'm not complaining about it. Fish like water, and I'd rather see a creek bank-full than find the streambed half sun-dried. At high levels, the ideal conditions... 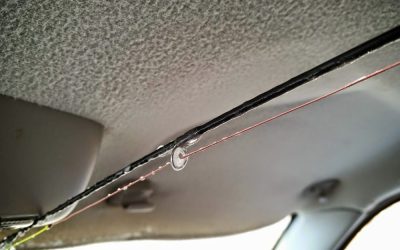 Two Days in the Deep Freeze

I spent most of the last two days in, on and around it, partially covered and burdened by it; and breaking, chipping and melting it ---  ICE. I've fished the single digit temps a handful of times before, but it's been a while since I've had that chance, so when I read...