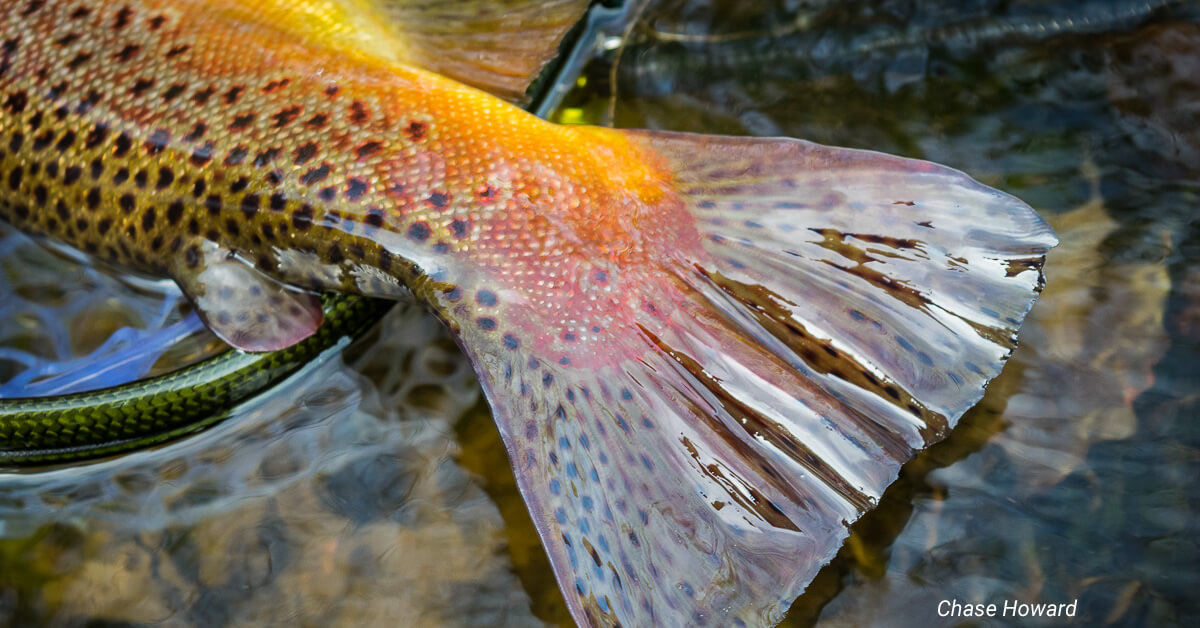 I’ll get right to the point: Your best bet for catching trophy trout is with medium to small flies. More specifically, large nymphs or small streamers are the perfect size.

I’ve written about making the choice between going for big fish or for a bunch of fish, arguing that you can’t have both. I’ve also pushed the point on these Troutbitten pages that catching big fish does not require fishing big flies.

Talking with my buddy, Matt Grobe, the other day, he summed it up like this: Fishing large streamers is the most overrated thing out there for catching the big ones. Nice. And this is coming from a guy who fishes the heart of Montana, around Bozeman and beyond, all year round.

I live in the other fly fishing capitol of the U.S., in central Pennsylvania. And while most of my large trout are caught on smaller patterns, I’ve always figured maybe it’s just a PA thing. We don’t have as many XXL wild trout as the waters in Michigan, Montana and elsewhere. And while I’ve tried to force big streamers on our fish, my most consistent action comes from smaller flies. The more guides I talk with, the more dirty fishermen I get to know, like Grobe, the more I hear the same thing that I already believed — smaller patterns catch large trout. The caveat? You have to fish them really well.

I’ve pushed back on this before, and I’ll do it here again. Fishing big streamers is fun, but it’s not the most consistent way to haul in the river beasts. You can fool the largest trout in the river, more often, with a smaller pattern.

Don’t mistake my point. I know fishing big streamers is fun; I know that big patterns catch big fish; and I know that many guys simply enjoy slinging long, nasty, articulated bugs all day. That’s excellent. Keep doing it. I’m just saying that if someone offers to pay off my mortgage if I catch a big fish today, I know exactly what nymphs I’ll have at the end of my line.

Most streamers are too big to be considered small. Even old school streamer patterns tied on #6-8 hooks are not small enough to fit in this class. But there’s some crossover at the tail end of the streamer group — a simple, small bugger is a great producer. Tie them on #10 or #12 hooks and start with a dead drift.

That leads me to this point: Bigger nymphs are a good idea. I don’t catch a lot of large trout on tiny nymphs. Sure I have, but in most cases, the tiny nymph was accompanied by something bigger too. I often trail tiny nymphs (#18 or #20) behind something larger — like that #12 Bugger.

So the medium to large sized nymph — not a “big” fly by most standards — is the sweet spot for size. Again, flies in the #10-12 range, sometimes #8, are my best producers for large trout. I tie most of these on 2X long hooks So, depending on tail length, the flies may be 1-2 inches long. 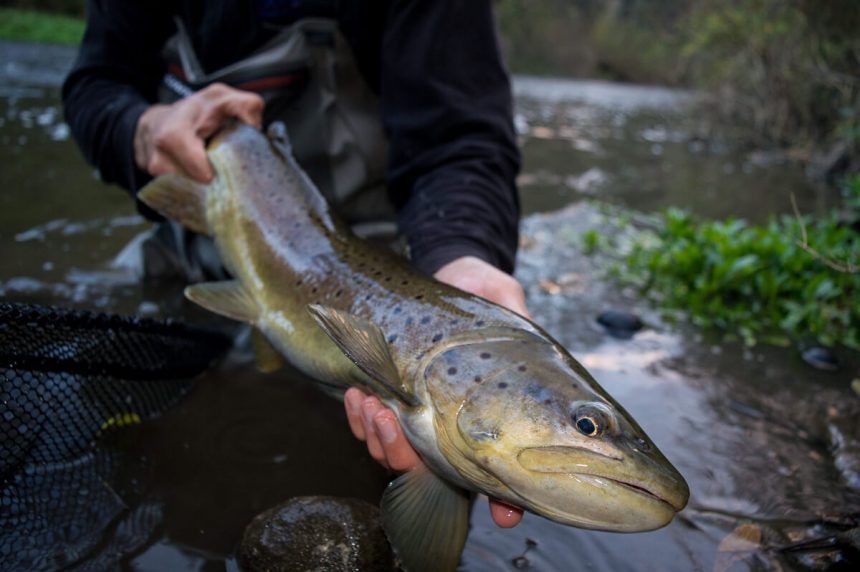 You have to be good at it, though

All of this is predicated on the idea that you know how to get a good dead drift. And if they won’t take a dead drifted fly, then you better know how to activate the fly with the right motion. What’s right? Well that depends, of course — everything in fishing always depends — but giving the fly subtle strips or using rod twitches mixed in with the dead drift is a great alternative. It’s what I think of a crossover technique — somewhere between streamer fishing and nymphing.

READ: Ask Landon Mayer: One key habit of big trout, and the flies to match

I’m not suggesting that big streamers don’t have their place. I carry a box of large, articulated patterns every time I’m on the water. It’s just not my go-to tactic for hooking the biggest fish in the river.

I’ve done this successfully a handful of times. Honestly, it’s one of those things that I wish worked a little more often, but it has produced enough to be a strategy I believe in. If nothing else, it’s fun to have a mission while walking to the water.

All of the above is about underwater flies — nymphs, streamers, wets. And if you want to target the biggest trout in the river, going underneath is undoubtedly your best option.

But bigger dries attract larger fish too. In my favorite big fish waters, I choose one or two sizes larger for my prospecting sizes. I like #12 Parachute Ants instead of the #14’s and #16’s that I regularly fish. Better yet, I like throwing a #10 or #8 PMX back into the dark, brushy shadows because the larger patterns seem to stir up bigger fish more often . . . unless there’s a hatch, then those rules are off the table.

The biggest trout I’ve ever caught, a 26 inch wild brown, took a #16 Adams. So yes, the wonderful thing about fishing is that anything can happen at any time. And I think we all love that.

But day in and day out, if I really want to target big trout, I fish underneath, and I don’t necessarily fish large streamers. Instead I fish large nymphs, buggers or similar flies, usually dead drifted, and sometimes with a crossover. And if I want to cover a lot of water, in search of large trout, I fish big streamers.

Just remember there’s a time and place for everything. 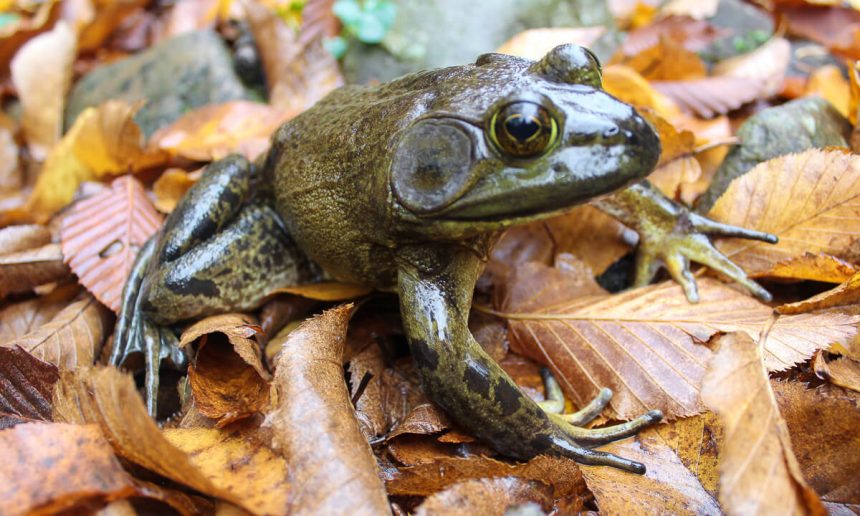