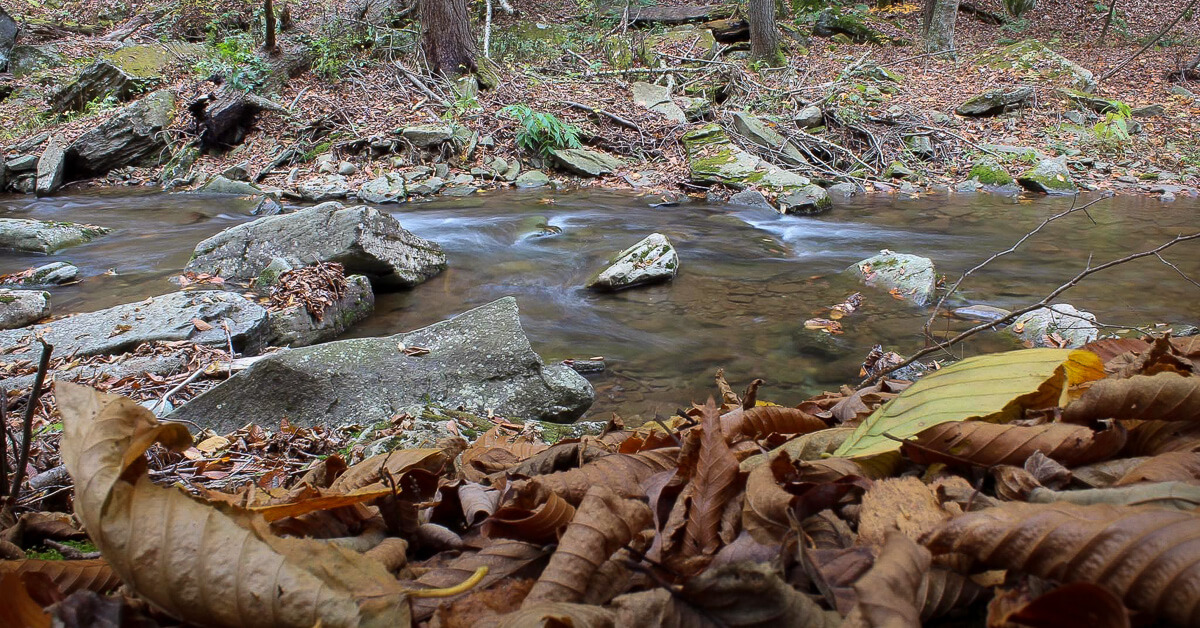 I poked through the dense brush, shed my pack and dropped it in the clearing. In a yellow patch of sunlight, I knelt to catch my breath and watch the wind detach leaves from their parent branches, pushing them into a wild collage across the morning sky. The mix of maple and sycamore foliage traveled  downwind to find a place of rest for the coming winter.

This place is rough. And it’s the kind of spot that doesn’t get much traffic from anyone — home to the squirrels and birds. Finding a deer trail is the best method for navigating through the thick stuff, and I did that. But when I crested the hillside and started my descent, the path closed in with newly fallen trees, so I was forced to make my way through a maze of dead branches and briers which had quickly sprouted to take advantage of a new sun when the tree had fallen. I moved forward slowly, but the branches grabbed my coat to hold me back, as if protecting the river below.

There are two kinds of secret places, I suppose: one’s that are truly tucked away somewhere unknown, and ones that lie right underneath a fisherman’s nose. This place harbors a little of both.

The remote and unknown places — well, there aren’t many of those left. Maybe it’s just population growth. Maybe it’s the rise of a sport that prides itself on discovery. And maybe it’s just that fishermen are a friendly lot that drink too much and like to brag about a good catch now and then.

Nothing that’s written down in magazines and placed on a list for “destination fishing” can fairly be called a secret. And yet within these rivers, a deeper realm exists than the traveling angler will ever find. A good river requires your friendship before it reveals its best. You get to know it first. So even Blue Ribbon water has its guarded locations. There are secret spots that lie open, in plain view, often walked through or passed for the next deep gut or undercut bank. They’re the best-kept secrets of a popular river and worth protecting (in my mind) just as much as the off-the-grid freestoner that holds a nice population of wild trout, and no one else seems to know about it. 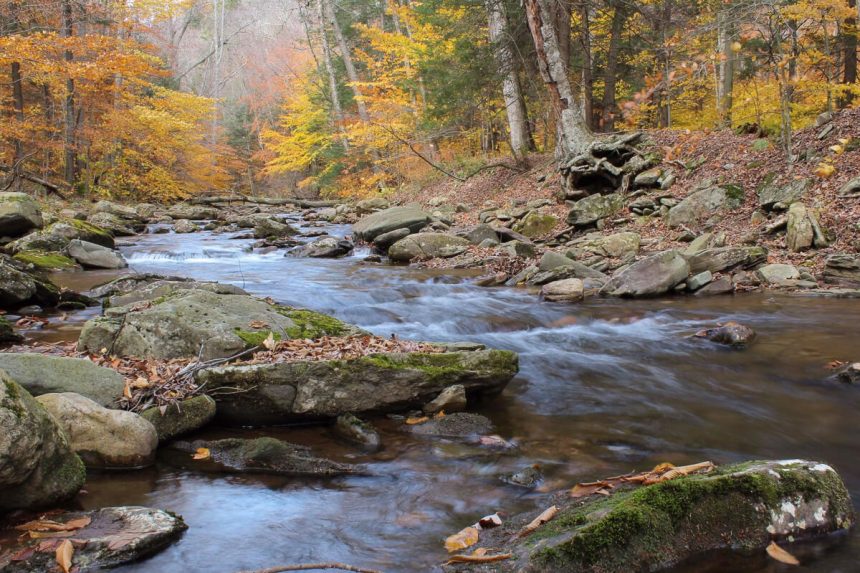 The wind died, and the leaves settled, enough that I heard the call of the river below — the murmuring rush of rapids at a distance.

I climbed over another fallen maple and found the deer trail again. It led down a steep and mossy ravine that dripped water from rocks protruding from the ground. These trickles are the lifeblood for any river. For the trout. For myself.

The skinny path wound like a staircase between impassable barriers of rocks and crashed timber, until finally I arrived at the water’s edge. Into the river, I was followed by the drip and trickle of the lifeblood.

I don’t know what this spot was like a century ago, but I can make some guesses. In Pennsylvania, you never seem to get away from signs of the industrial revolution. Even the deepest forests have old tram roads. And all my favorite streams have been pushed and cajoled to follow a path dictated by roads or railroads at some point. This place is no different. The forest is a mix of new growth and old iron or stone relics slipping slowly behind leaves and encroaching plants.

I’ve lived long enough to tell you stories about the way things used to be. And I can say that in the last two decades, my favorite river is moving onto the radar. So it’s no real secret, and maybe it never was. That’s the thing about secrets — there’s an endless procession through time of people discovering the same thing and calling it their own. In my spot I’ve yet to see another fisherman, but I’ve seen signs that a few others make the trek and pay the visit. I wonder what those guys are like.

I’ve thought of bringing others here on occasion, but I don’t. It’s one of the few places I’ve never shared with anyone. And I won’t. 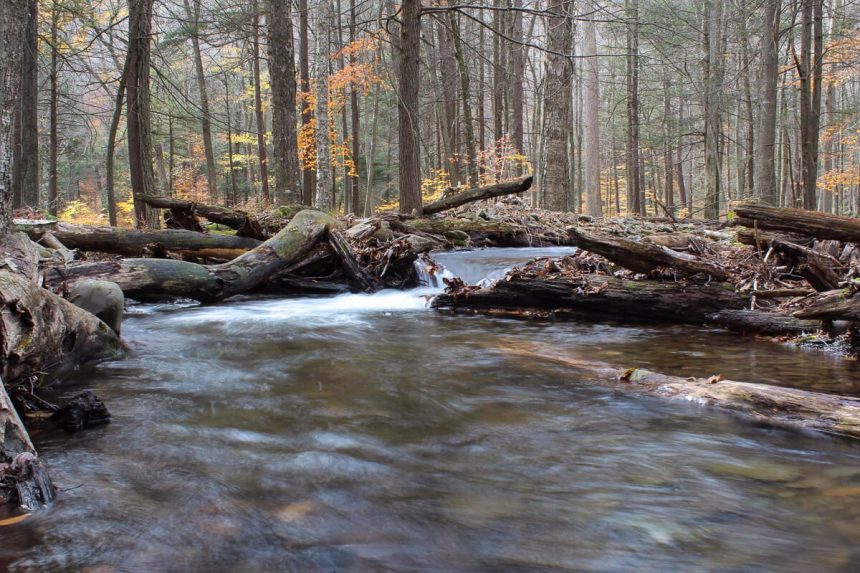