The other day, my friend, Austin, mentioned something about me being a calculated fisherman. I guess I come off that way. The truth is, my planning and plotting and theory building mostly happens while I’m not fishing. When I’m on the water, a lot of that calculation gets tossed away. It’s left on the bank, still packed away with the gear in the truck.

. . . I make a plan to fish the left-side rocks, no more than ten feet off the edge because that’s how far both the shade line and the weed line extend. I’m going to methodically fish the whole stretch, all the way up to the bend. Then I get about thirty yards upstream and cannot stand the allure of the big oak logjam off the opposite bank. There’s a soft slick among the backside branches with some deep green holding water. It’s perfect over there. Why not try? Just twenty feet further into the midcurrent, and I can reach it. So I wade. And I cast. God knows if I turn a fish in that water my whole left-side bank plan is shot.

It’s tough for me to stick with a strategy while fishing. If I did, I think I’d do better.

During the day I am, by no honest measure, a Hip-to-the-Strip guy. Sure, I have my experimental phases where I try to force-feed the trout a streamer dinner. But by and large, the good fishermen in my area are nymphers — meat and potatoes are Hare’s Ear’s and Pheasant Tails, not Zoo Cougars and Circus Peanuts.

At night I turn into somebody else, though. The nucleus of my night fishing strategy is built around swinging flies on the surface or in the top third of the water column (yes, the top third. I’m a calculated man, after all). Why have I committed to that strategy? I don’t know. It doesn’t work much during the day, so why am I doing it at night? Probably because I’ve read too much, and I’ve believed too much from parking lot fishermen. When it does work it’s fun. But man, it can be slow sometimes.

I know for certain that big fish eat smaller flies — even at night. And trout like an easy meal that comes to them — even at night. (My biggest night-fish to date was on a #12 bugger — dead drifted.) But mousing or swinging big streamers is way more fun (there’s that word again).

The savage bites on bigger flies are heart-stopping under the stars. There’s a glimpse of terror in the moment a legendary trout explodes from the shallows and out of the darkest unknown space before you. Suddenly, you’re connected by a string to another unknown.

Nymphing doesn’t quite have that same pop: that charged, juiced injection of adrenaline. It’s more diluted. So I resist nymphing sometimes, I suppose, and I keep swinging flies that (again) don’t get much of a look during the day. Why? So I’ll have more fun. It’s a miscalculation. Because, do you know what’s fun? Catching fish when you are fishing. 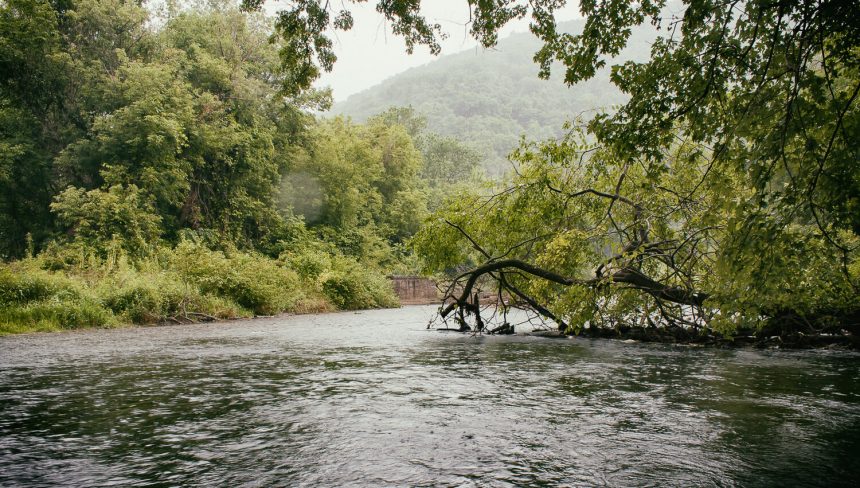 Austin later asked me if I’m as calculated in music as I am in fishing? (I’m a professional musician by trade.) My answer: Hell no!

I love music just as much as I love fishing. But they are two different things. Playing music is creation. Good things come from allowing yourself to feel things and express them; the goal is to have ideas flow through you, into the instrument and out into the world. Discovering how to facilitate that process — allowing it to happen — is the lifelong struggle of a musician.

Fishing has some of the creative elements of music, but not so much. The fishing objectives are different, mainly because the goal is more tangible: catch a fish. Yes, there are a hundred other reasons why we fish, but without the casting and the catching — without the fishing — it’s just a hike and some water. Being thoughtful and methodical catches more fish than being artistic or creative. Although truth be told, there’s plenty of room for the ambitious artist in fly fishing.

I’ve learned that being measured, inquisitive and then decisive is a great way to approach fishing — as long as the right calculations are made. It takes a lot of failure to weed through what works and to understand the math. Like music, it’s hard to facilitate that process and let it happen. Sometimes, I suppose it’s best to just mentally get out of the way and follow the facts in front of us. Nothing more than that. No more questions. Trust it like an artist would for a change.